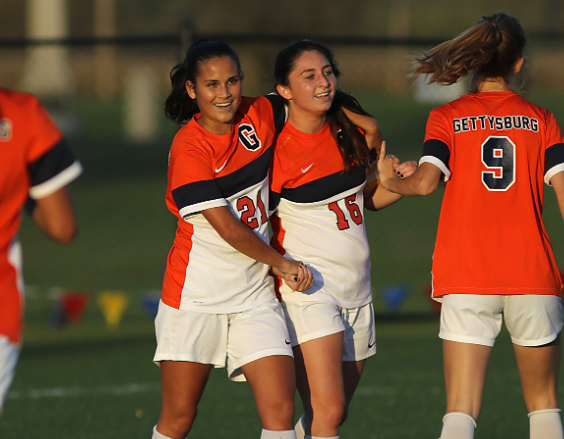 Following the announcement timeline outlined by the College a few weeks ago, both Gettysburg and the Centennial Conference announced today that all intercollegiate fall sports have been suspended.

The idea of having fall sports played in the spring has been circulating around the NCAA community over the summer months, but a key concern is with competing field and indoor space — especially at smaller Division III schools with limited facilities. For example, at Gettysburg, the football and men’s lacrosse teams share the same locker room at Musselman Stadium. Similarly, Clark Field is used by both soccer teams and women’s lacrosse.

Gettysburg student athletes will still be allowed to meet and practice with their teams, but there will be a gradual phasing in process. Players will be allowed to slowly move from isolated training to small group work, and the hope is to eventually move to full squad workouts and practice.

The suspension of intercollegiate sports essentially rules out the need for fall sport athletes to return early to campus as they normally do. Gettysburg gave an update as to what the move-in process and orientation will look like earlier this evening, explicitly stating that there would be no early move-in for athletes.

For the general student population, it was announced that the Jaeger Center will be open this semester but will operate under strict “physical distancing, occupancy limits, equipment usage, and hygiene guidelines.” Certain workout equipment such as foam rollers and massage sticks will not be available and must be brought individually if one wishes to use them while working out. More specifics about the precise occupancy limit and sanitary guidelines will surely be outlined prior to students’ return to campus.

No decision has been made yet about intramural sports, but the statement from the College explained that campus rec is attempting to put programming together.