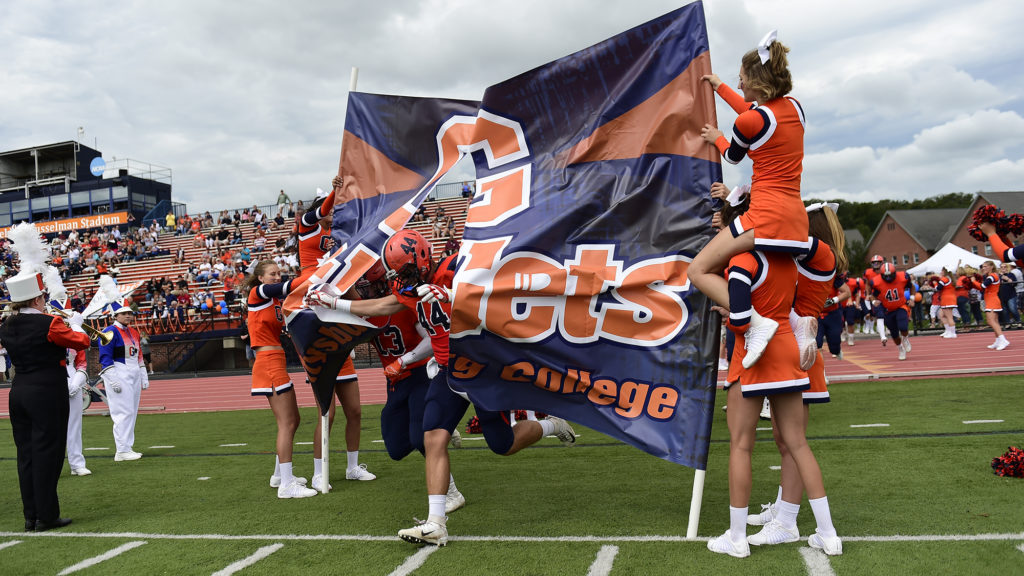 Earlier this week the College informed students, staff, and the general public about its plans to reopen the residential campus in the fall for in-person classes. The statement emailed to the student body explained that student athletes would be notified about the plans for returning to competition by July 7 at the latest.

Accompanying the statement were some preliminary guidelines that would accompany a return to sports, including “testing, enhanced hygiene, enhanced clearing of athletic venues and facilities, and spectator guidelines.”

As a member of the Centennial Conference, it appears the fate of Gettysburg College athletics for the fall season lies mainly in the hands of the conference as a whole. While the College may be in a position to participate in athletics, if the rest of the conference isn’t, it poses a challenge to the possibility of having a return to competitive sports.

The announcement by July 7 will also have more information regarding move-in times and orientation. Fall student athletes typically return to campus earlier than the student body and incoming First-Years. With a firm academic start date of August 17, if teams were to follow the trend from prior years they could feasibly return to campus as early as August 3.

In the greater Division III sports community, there have been ongoing discussions of limiting how far a team can travel to play. The advantage for the Centennial Conference is the relatively close proximity most of the institutions are to each other. Gettysburg is no more than 150 miles from its furthest Centennial Conference opponent.

There is already an expectation that schedules will be altered to accommodate a more conference heavy season, and the NCAA is still in the process of developing what a national postseason in any sport would look like.

In the past few weeks players from notable Division I college football programs like Alabama, Clemson, and LSU have returned to campus with an onslaught of accompanying positive COVID-19 tests. The number of players in quarantine have spotlighted some potential problems with returning to competition.

Whether this serves as a good learning experience for the rest of the college sports world or adds to a growing pessimism about the possibility of having NCAA play without any schedule alterations remains to be seen.

The Division III sports community operates in a different world than Division I, especially in big marketable sports like football and basketball. Even if top tier college football suffers, more localized D3 football at Gettysburg may have more success.