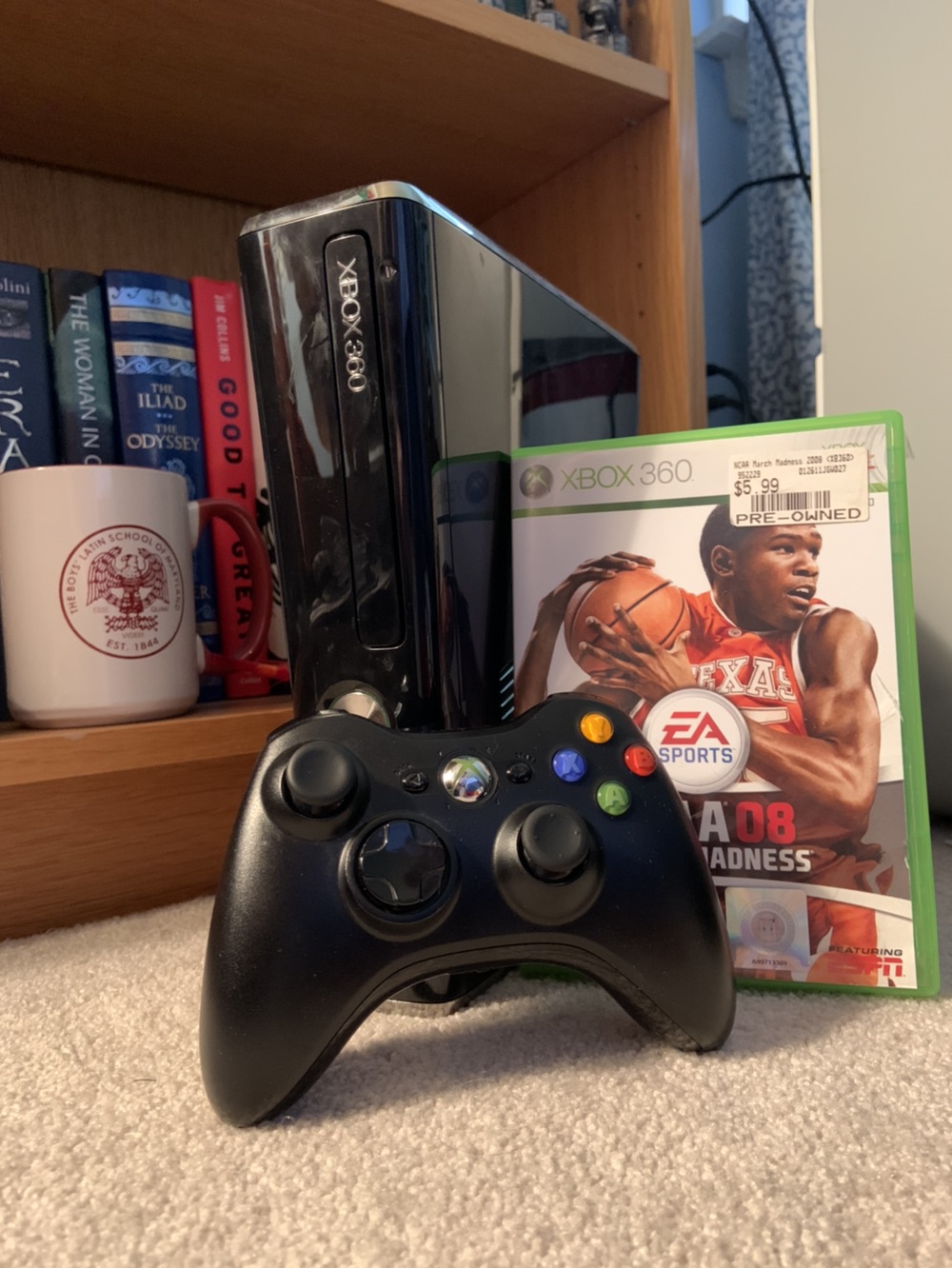 Back in mid-March the NCAA canceled what many find the best sporting event of the year. I, along with many college basketball fans, were devastated. The back-to-back days of first and second round games is unlike any other day in sports.

Last year, I spent virtually the entire month of March glued to the Bullet Hole TVs. This year, if I couldn’t watch March Madness, I knew I had to do something about my bracket fever.

Faced with a world without sports, a world full of seemingly nonstop Zoom calls, my one relief was EA Sports March Madness 2008 on the old Xbox 360. With my copious amounts of free time, I thought it would be best to play out March Madness myself in full.

The entire process took roughly four weeks. Because the official bracket was never released, I used mainly ESPN’s final projected bracket as the template. I played all 67 games, each with twenty-minute halves, and I played as each team for a half to be as impartial as possible in the process.


It must be noted that the outcome of the tournament was in many respects largely skewed from how the actual tournament may have played out. Using a video game from over a decade ago, the rosters and prestige of the teams in the game are from the 2006 season and not representative of how the teams fared this year.

I had the option of manually inputting the talent level of each and every player on the teams to make it as realistic as possible, but I have my limits even when there’s nothing else to do.

In the end the Baylor Bears edged out the Kentucky Wildcats for the EA Sports National Championship by a score of 61-56. Kentucky held a 36-26 lead at half, but the Bears stormed back, draining four threes in a row to start the second half and maintain a small but steady lead until the end of the game.

On the left side of the bracket, the Jayhawks were the first one seed to fall to No. 9 Marquette in the second round. The Flyers fell to No. 4 Maryland in the Sweet Sixteen. But both No. 1 seeds on the right side of the bracket made it to the Final Four, the Bears edging out the Bulldogs 57-56.

The southern region of the bracket was by far the most entertaining. It had the highest scoring game (No. 7 Arizona 76, No. 10 Texas Tech 83), the biggest upset (No. 14 Eastern Washington 49, No. 3 Seton Hall 48), and the lowest rank team to make it the farthest in the tournament (No. 11 Indiana in the Elite 8).

The western region by contrast was the most by the book region, with all of the top four seeds (Dayton, Florida State, Villanova, and Maryland) reaching the Sweet Sixteen. However, it was a meeting of the two lower seeds in the Elite 8 where Wildcats dominated the Terrapins 58-46.

Upon reflection, was spending nearly 23 hours playing out March Madness the best use of my time during this early quarantine period? I suppose that’s up for my teachers to decide based upon the work I turned in during that time. But otherwise I think it was an excellent use of time.

Did I use my position as Sports Editor of the Gettysburgian to justify to my parents why I was playing nonstop virtual college basketball? Maybe, but it was fun, and it solved (to a certain extent) my longingness to have a March and April full of brackets as it should be.

I suppose with this now all over I’ll see what outside has to offer, but then again there’s always the NIT…