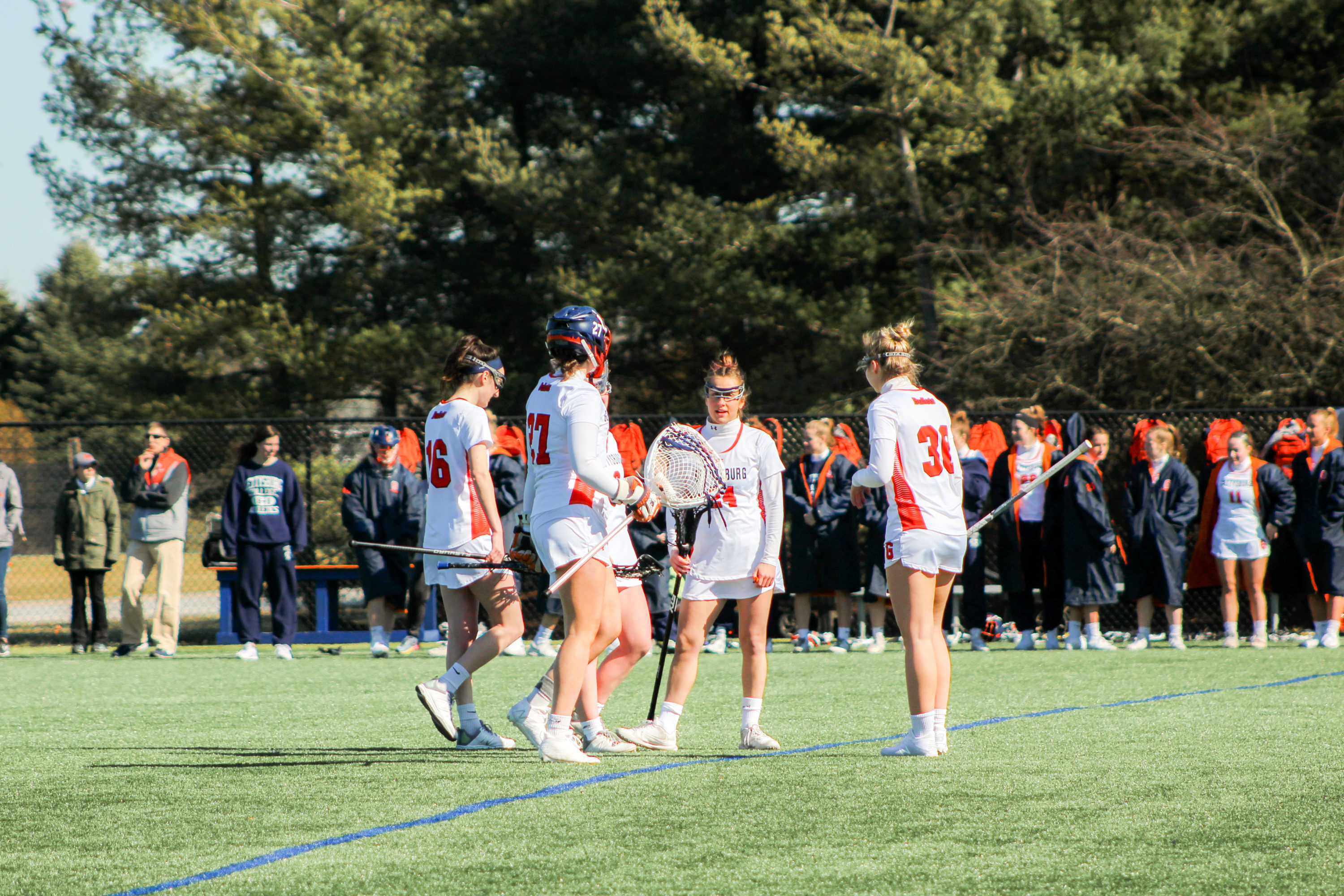 It was a busy weekend for Gettysburg College athletics as the Bullets played host to a quartet of games Saturday afternoon plus Centennial Conference championship competition in swimming all weekend.

The Gettysburg College Bullets Pool has been a bustling venue since Thursday as the Centennial Conference Championships are three-fourths of the way complete, with the final races scheduled for Sunday.

The men’s team placed second Thursday and Friday, and first Saturday. They currently sit 15 points ahead of Franklin and Marshall heading into the final day.

The women’s team finds themselves in the lead after finishing second the first two days and first the third. They are 35.5 points ahead of Swarthmore heading into the final day.

Just across the way in Bream Gym was senior day for both basketball teams against Muhlenberg.

The Mules beat the men’s team 74-72 to secure their spot in the Centennial Conference tournament and will play #5 seed Washington College. The loss was the final game for four Bullets seniors, Andrew Gardiner, Danny Duffey, Nick Lord, and Nick Antolini, the last of whom just reached the career 1,000 point mark against Dickinson early this week.

The women’s team won 72-60 though it had little impact on their position in the conference tournament. After losing to Washington and Dickinson last week, the Bullets fell one game behind Haverford for first in the conference standings and find themselves the No. 2 seed in the playoffs. Gettysburg will take on Johns Hopkins next Friday in Haverford, PA. Win, and they’ll have a chance to avenge their championship loss to Haverford from last year (assuming Haverford takes care of business against the winner of the play-in game).

In action on Clark Field was women’s lacrosse taking on the Stevenson Mustangs. Nationally ranked No. 4 Gettysburg won handily 16-7 to improve to 2-0. Maddy Ruffini ’21, Courtney Patterson ’20, and Kerry McKeever ’21 each had a hat trick. Next up is a matchup against Ohio powerhouse Denison next Saturday.

The men’s lacrosse game against No. 1 Salisbury was one of the most highly touted matchups in all of Division III lacrosse for the weekend. After starting the season 2-0, the Bullets remained ranked nationally at No. 10 heading into this annual contest.

Salisbury, a perennial lacrosse powerhouse, beat the Bullets last year 17-10, but Gettysburg bested them the year prior 11-10 in a double overtime thriller.

Both teams boast two of the top defenses in the nation and on Saturday that skill was on full display. Though the Bullets fell 11-5, it was a victory for the defenses as both teams had been averaging over 15 goals a game.

Salisbury got out to a fast start, up 5-0 at the end of the first quarter and 8-1 heading into the half. The Bullets didn’t get their first goal until the closing seconds of the second quarter as Connor Leach ’21 connected with Jack Fletcher ’21 for a fast break goal.

Gettysburg arguably outplayed Salisbury in the second half not only by outscoring them 4-3, but from a complete shift in momentum. Though the Bullets never really posed a threat following that first quarter setback, Gettysburg showed, at least in the second half, that they have the ability to play and win against any team in the country, something they’ll need to rely on with one of the hardest schedules in all of Division III.

This weekend marked a transition period for Gettysburg athletics as some winter sports concluded their seasons while many spring sports are just getting underway. Wrestling has a few more events left, and the indoor track championships are next weekend. As the calendar turns to March the baseball and softball teams will take the field, and golf and tennis will be back in action as well.