Home » Opinions » Opinion: What It Means to Be Low-Income at Gettysburg

Opinion: What It Means to Be Low-Income at Gettysburg 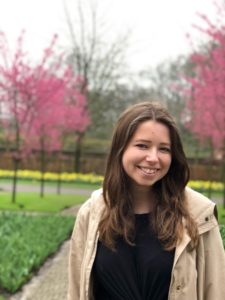 For me, the most surprising moments lie in the minutiae, the quotidian. Those off-the-cuff phrases that you know shouldn’t matter, but matter even more because of their trivial delivery. For me, that phrase is, “…but I’m too poor.” This time, it came from the mouth of a girl sitting in Junction, adorned in all the accouterments that come with status: a MacBook with three Greek letters staring me in the face, a Fjallraven backpack cuddled up next to her, and a Canada Goose jacket draped lazily over the chair. What a visual. She was talking about wanting to get a drink from Commons, but it seemed as though her dining dollars had already run out.

As a low-income (and actually poor) student at a private liberal arts college surrounded by those of a higher socio-economic status, I’ve gotten used to hearing the phrase—“But I’m too poor”—used as a sort of pseudo-colloquialism. This time, the phrase hit me in the face harder than it had in awhile. Maybe it was the fact that the sentence was uttered from a source that screamed status. I couldn’t help but note the irony. In Commons, right in front of me, I witnessed the clash between a “rich” image and the casual use of the word “poor.” As college students, we are constantly presented with the trope of the “poor college student,” the shameless user of the student discount surviving solely off of mac and cheese and Ramen. This trope has been happily adopted by students of all socioeconomic statuses, resulting in a sort of fetishization of poverty. People on this campus play into it, adopting colloquialisms like “I’m too poor” in an effort to relate to fellow students—to acknowledge our fellow sufferers who’ve also been thrown into this unfamiliar world. But this trope almost makes it seem like it’s cool to be poor, and what results from this is an erasure of the true low-income student experience. The true low-income experience is lost in the sea of imitators and appropriators of our experience. It becomes hard for us to speak to our peers about our lived experiences.

A synthetically casual connotation has attached itself to the word poor, taking away its consequence. I find myself using the identifier of “low-income” instead—using the sterility of the phrase to get my point across and attempting to avoid the pity that comes with “poor.” The presentation of poverty as a shared experience among all college students transforms the true low-income experience into a trivial one, where the hardest struggle we face is the inability to get a coffee at Commons. Although I wish this were the case, poverty as I have experienced it couldn’t be further from the reality of the girl claiming to be poor. To me, poverty looks a little more like a notification letting me know that “This message failed to send” because I tried to text an Android user, and I couldn’t pay the cell phone bill this month. It looks a little more like not going to Servo with friends because I changed my meal plan to save money. It looks a little more like working as much as I can to pay my own tuition and send money home. Planning and saving for every possible expense, and then breaking down when an unexpected one comes along. Crying at work when the tuition bill comes out. Giving in to numbness when my mom loses her job for the second time in one year, so as not to cry in public for the second time in one week. But most of all, it looks a little more like feeling a sense of shame for sharing my low-income status with those around me. For subjecting them to the uncomfortable feeling of not knowing how to react. For the pity they feel for me. For the guilt they have when buying something I can’t afford. For their tendency to see me as poor, and nothing more.

This erasure of poverty on our campus needs to come to an end. Low-income students should not have to feel guilty for making people uncomfortable for using “poor” in the true sense of the word. Poor should not equal pity, and poor should not equal prosaic. It is time we start acknowledging that poor students do exist on this campus—and this starts with removing poor from our colloquial vocabulary. Because I’m poor, and buying a drink at Commons is the least of my concerns.

This article originally appeared on page 13 of the December 6, 2019 edition of The Gettysburgian’s magazine.