By Members of the Gettysburg College Democrats 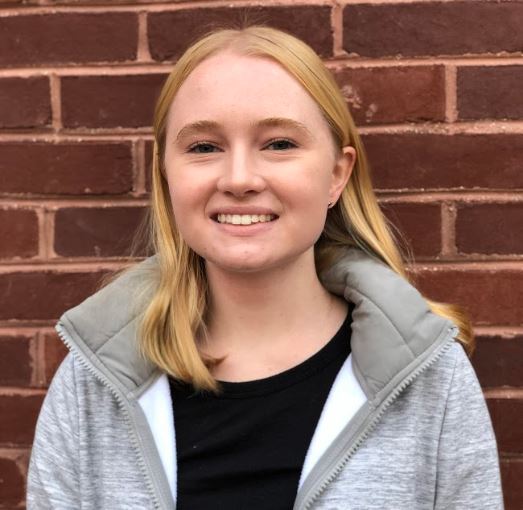 Senator Bernie Sanders is the best candidate for the Democratic Party in 2020, but his ability to beat Donald Trump has been constantly underrated. Throughout his time in Congress, Senator Sanders has maintained a voting record that is both consistent and progressive. He reflects the change that the majority of Americans are waiting for. In the 2016 presidential election, it was evident that the Democratic Party wanted Hillary Clinton to be the nominee and, as a result, Senator Sanders was overlooked by the vast majority of American voters. If he had won the Democratic nomination in 2016, I believe that the presidency might not be occupied by Donald Trump today.

Many Democrats are wondering which primary candidates are capable of beating Trump, and I believe Bernie Sanders is more than capable. In the 2016 primaries, Sanders beat Clinton in many key battleground states that she later lost to Trump—like Michigan and Wisconsin. Had Sanders received the nomination, he likely would have won all of the states that Clinton won, and when you include Michigan and Wisconsin, which he won in the primaries, he would have ended up 26 electoral votes ahead of Clinton. Sanders can also win in other key states such as Pennsylvania and Ohio because his message about taking on the establishment resonates with lower-income white voters in those states who supported Trump in 2016.

Although electability is important, it’s not the only factor to consider when choosing a candidate. The main reason I support Senator Sanders is because of his stance on important issues such as immigration, criminal justice reform, healthcare, and women’s reproductive rights.

On immigration, Senator Sanders has laid out a plan that will ensure a path to legal permanent status and citizenship within five years; he also supports the expansion of DACA and the break-up of ICE and CBP. On criminal justice reform, Sanders supports the legalization of marijuana, which would relieve communities that have been affected by the War on Drugs, in addition to banning private, for-profit prisons. Senator Sanders’s healthcare plan, Medicare for All, will provide affordable, comprehensive coverage to people of all income levels, and is supported by the majority of Americans. Finally, on women’s reproductive rights, Sanders has consistently voted in favor of pro-choice legislation and policies, and has a rating of 100% from NARAL Pro-Choice America and Planned Parenthood Action Fund.

Bernie Sanders is the ideal candidate to beat Trump in 2020, and his administration will work for all people, not just, as he likes to say, “the millionaires and billionaires!” 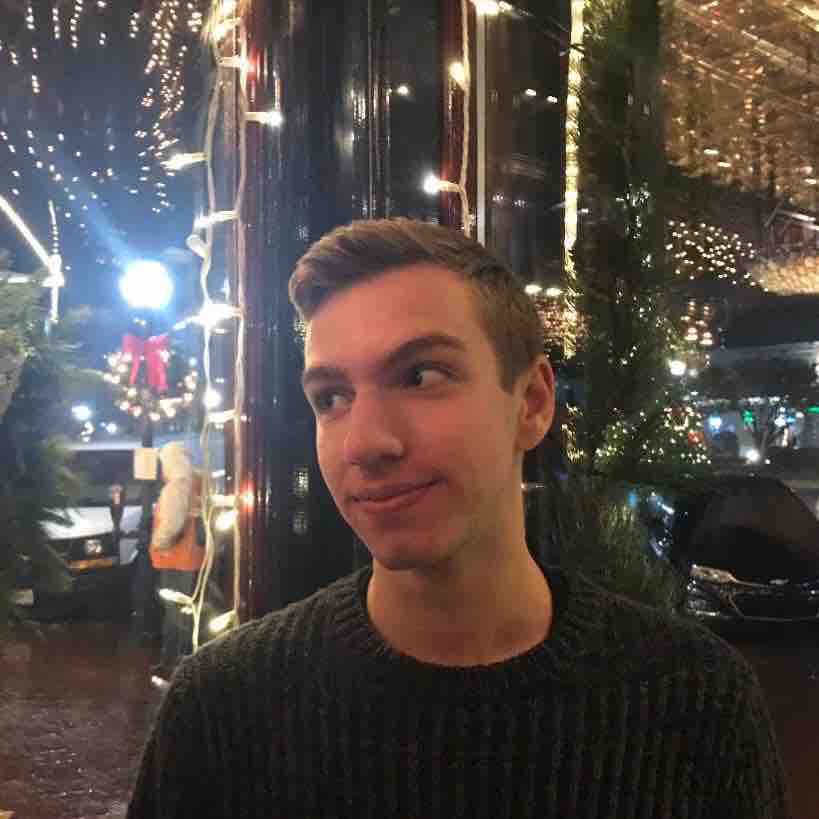 Elizabeth Warren’s bold, progressive vision isn’t just vague, four-word phrases. It is, first and foremost, centered around real, concrete plans. Most presidential candidates only run with one or two fleshed-out policy proposals. Warren has come out with not just two, but over two dozen comprehensive policy plans that she would be ready to implement on day one.

While Warren’s campaign is policy-centered, it doesn’t ignore the human element. Growing up in a working-class family, she knows firsthand how public policies, like expanding healthcare to all or lowering the cost of higher education, can drastically affect people’s lives. She has seen how the system is rigged and has made it her aim to level the playing field, so as to give equal opportunity to all. Warren is known by the slogan “She has a plan for that,” and, as Representative Ayanna Pressley said, “The plans are about power: who has it, who refuses to let it go, and who deserves more of it.” Her successful fight to create the Consumer Financial Protection Bureau following the Great Recession is just one of many examples of her success in implementing changes to the benefit of the average American.

A criticism often thrown at Warren is her lack of ‘electability’ in the general election. Sexism aside, this criticism is misplaced. Warren’s identity is precisely the reason why she is, indeed, electable. Warren grew up in rural Oklahoma and was even a registered Republican until 1996. Because of this, she knows how to engage with moderates and even conservatives. Her time as both a public-school teacher and Harvard professor have equipped her with the ability to simplify complex issues to explain them to voters of all stripes, without falling into demagoguery. Her populist economic message and advocacy for fundamental change is exactly what is necessary to win back many of Trump’s voters.

Many of the people who voted for Trump did so because they were desperate for change. Even though Clinton was more moderate, many voters, especially in the struggling Rust Belt, felt as if she was offering more of the same. If Democrats want to win in 2020, they need to advocate for big, structural change. A candidate that runs on returning to normalcy or simply undoing what Trump has done will not flip any voters, nor will they inspire turnout among key parts of the Democratic base. 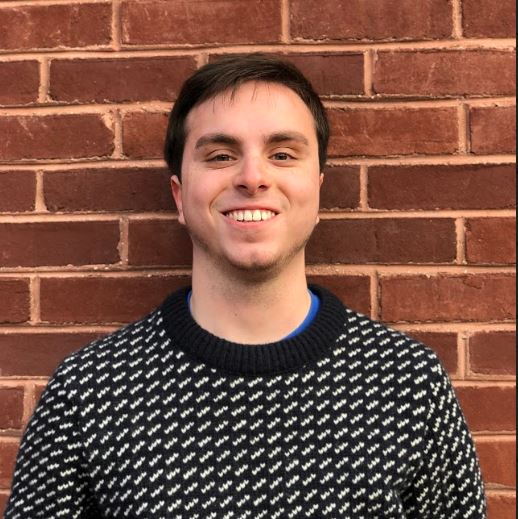 I support Mayor Pete Buttigieg of South Bend Indiana for President of the United States. This support does not stem from his youth, military service, or midwestern roots. These are all assets, but my support for Mayor Buttigieg lies in his practicality, eloquence, and temperament.

While I value experience in elected office, I believe we are at a moment in history where character must come first. Experience informs decision making, but values do as well. No other Democratic candidates talk about liberal values like Mayor Buttigieg. It would seem as though certain areas of this country are entirely allergic to voting for Democratic candidates, and the “D” placed next to someone’s name on a ballot seems to be an instant disqualification in the minds of many voters. One of the reasons for this is that Democrats are often mischaracterized by Republicans and do a poor job at actually defining what they believe in. Instead, they rail against Republicans and say they are the opposite of them. While Mayor Buttigieg is occupying a “centrist” lane, he is not doing it in the vein of centrists in the past. He is not compromising values or policies, he is simply framing them in a different way.

Buttigieg does differ policy-wise when compared to more liberal candidates like Senators Elizabeth Warren and Bernie Sanders, but not in any drastic ways. He wants to pass meaningful reform in a bipartisan fashion so that policy is not overturned every four years. A large part of my support comes from a superficial place—he’s a charismatic politician. Like other people, I want to be inspired by a leader, and I get inspired when Mayor Buttigieg speaks. I can picture him debating President Trump, hosting rallies, and delivering an inaugural address. He demonstrates the cool, confident demeanor that I hope a president would demonstrate. He is unphased in debates and hits his opponents in a way that doesn’t come across as malicious. His demeanor and practicality have also attracted the attention of Republicans disillusioned with the current President. I know some Democrats would view this as a negative, in that his appeal to Republicans might hint that he isn’t sufficiently liberal. But I see it as a testament to his ability to sell his values to those who might share them, but are put off by the “D” next to his name on the ballot. 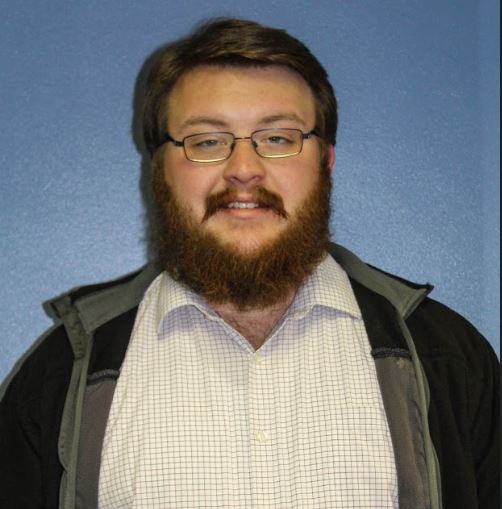 As we inch closer to the Iowa caucuses, it is tempting to narrow our scope to those candidates polling near the top of the pack. I can’t say, though, that any of the frontrunners thrill me. Vice President Joe Biden isn’t the same scrappy street-fighter who defeated Paul Ryan in the vice presidential debate in 2012. Senators Warren and Sanders are running on plans that are bound to die in the Senate. For moderates searching for an alternative, Steve Bullock may be the answer.

In the 2016 presidential election, Donald Trump carried Montana by a margin of almost 21 percent. That same year, Steve Bullock defeated Republican Representative Greg Gianforte by a margin of 3.9 percent. The Governor jumped into the presidential race in May of 2019, and he is the only candidate running for the Democratic nomination who won an election when Trump was on the ballot. Although there isn’t much media coverage of his campaign, Governor Steve Bullock has been quietly working to secure support ahead of the Iowa Caucuses. He just completed his sixteenth trip to Iowa, and he has secured the endorsement of Iowa’s Attorney General.

His platform is decidedly more moderate than those of Warren and Sanders, but he has a track record of success when working with Republicans in ruby-red Montana. What’s more, he hasn’t compromised his beliefs in doing so. The delay in the launch of his candidacy was a result of his efforts to force Montana’s state legislature to approve the expansion of Medicaid. His work in the area cleared the way for 88,000 Montanans to receive access to healthcare.

His chief goal is campaign finance reform. He lays the blame for the ineffectiveness of Congress on the Supreme Court’s Citizens United ruling. The corrupting influence of dark money permits special interest groups to enforce their will while everyday Americans are left voiceless. After the ruling came down, Governor Bullock fought for legislation to get dark money out of politics. That law is now the benchmark for those that are fighting to get money out of politics.

Steve Bullock is a pragmatic progressive building a grassroots campaign, and has a track-record of legislative success. He calls for a “fair shot for everyone,” and in this time of political stagnation America needs someone to get things done. Steve Bullock can do just that. I support him, and so should you.

Editor’s Note: Bullock dropped out of the race between the time this piece was submitted and when it was first in print.

This article originally appeared on pages 10-11 of the December 5, 2019 edition of The Gettysburgian’s magazine.