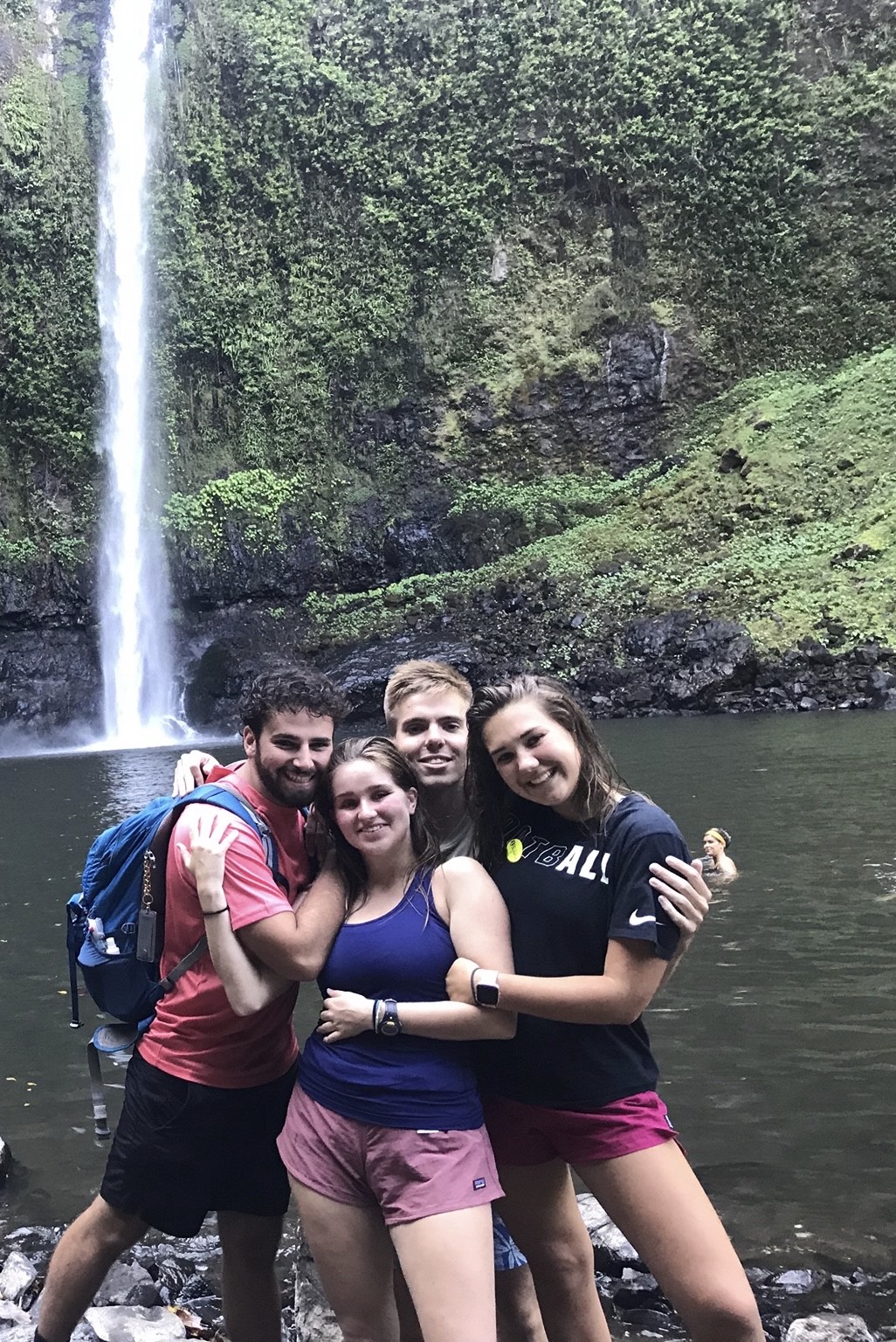 In Australia’s rivers and creeks, there lives an egg-laying mammal flaunting dark fur, a duck-like bill, and venomous spurs. Surely this animal can’t possibly exist… Yet, this bizarre creature is very much real and can be found nowhere else in the world besides eastern Australia and Tasmania! While studying Wet Tropics Rainforest ecology, our group of 19 students studying with the School for International Training (SIT) sought out to learn more about the elusive platypus (Ornithorhynchus anatinus). Our goal was to gain a better understanding of platypus observability in Yungaburra through surveys. A quaint town with numerous pockets of ecologically important natural areas, Yungaburra perfectly encapsulates the diverse ecosystems and organisms found throughout Northern Queensland.

Rumored platypus abundance brought us to the muddy banks of Peterson Creek (check out our map). Situated along the western edge of Yungaburra, this “milky tea” waterway seemed to be the perfect place to spot some furry ‘platypals.’ These furry friends live in burrows along the creek’s dense vegetation. Once we saw the platypuses emerge from their burrows, we were shocked by their actual appearance. We imagined they’d resemble a similar size and appearance of beavers, because of their common appearance in pop culture. On the contrary, they are noticeably smaller in size and charming to watch as they swim. Due to their unique biological makeup, it’s no surprise this species has long perplexed both the scientific community and wildlife enthusiasts.

People tend to be loud and disruptive, behavior that does not bode well for spotting platypuses. That being said, we began observations at 6:00 a.m. each morning in an attempt to avoid the rowdy commotion of other visitors. Platypuses are most active at dawn and dusk when they are foraging for their favorite prey: worms, insects, freshwater yabbies (crayfish), and shrimp, among other species. We were broken up into pairs while the instructors each took on their own segment of the transect. In total, we had eleven groups observing platypus behavior along Peterson Creek. After synchronizing our watches, we recorded any relevant observations of platypuses. We recorded the time we spotted them, the direction they were swimming into our transect, any distinguishing physical features, and the time a platypus spent above the surface as opposed to below. We were able to do all this despite not having had our morning coffee. Imagine that!

Did you know? Baby platypuses are referred to as puggles (and are absolutely adorable!).

How do you spot a platypus? Younique up on it!

We ultimately came to the conclusion that there were approximately thirteen sweet platypuses present in Peterson Creek during our surveys. Though it may seem like a very low number, this estimate is actually much higher than the four platypuses found during the previous SIT group’s survey. Not only was the total number of platypuses greater, but also the frequency and activity of these platypuses were significantly increased. In the past, data collections have warranted no platypus sightings whatsoever, so the Peterson Creek ecosystem today seems to be rather healthy!

We collected our data during Australia’s dry season; however, ironically, the conditions the night before the first day of collection were not optimal, to say the least. Although it stopped raining by the time we went out, this created slightly wetter conditions than expected, not only for our ‘platypals,’ but for us observers as well.

We found that platypus observations at Peterson Creek seem to increase during the dry season. This could potentially be due to increased environmental stability when there is less rainfall. An extreme wet season last May, for example, may explain the low numbers of platypuses observed at this location at that time.

However, the past few months in the Wet Tropics Bioregion have been exceptionally dry, encouraging a stable environment for platypuses in Peterson Creek.

Platypuses typically mate from August through December, thus October may be considered the peak of the breeding season. Multiple interactions between individuals were observed by several pairs of researchers suggesting that platypuses in Peterson Creek may be mating, encouraging the presence of more individuals…

Furthermore, we found that the platypuses spent almost double the amount of time foraging underwater than on the surface. A study conducted by Philip Bethge found that the foraging habits of platypuses are energy efficient, meaning that their time spent underwater seems to be solely for foraging. However, there was little observation of any consumption of prey by any of the individuals. This could be in part due to our limited view of them, as they rapidly swam by us.

If given the opportunity, we’d highly suggest making the trek to Peterson Creek. Despite the nauseating curves present on the roads to Yungaburra, watching a platypus swim on by makes the ride all worth it. For the most enjoyable experience, we recommend arriving around dawn or dusk for maximum platypus sightings – just don’t forget to bring along a cup of coffee so you don’t fall asleep before spotting one!

This article originally appeared on pages 18 and 19 of the December 6, 2019 edition of The Gettysburgian’s magazine.