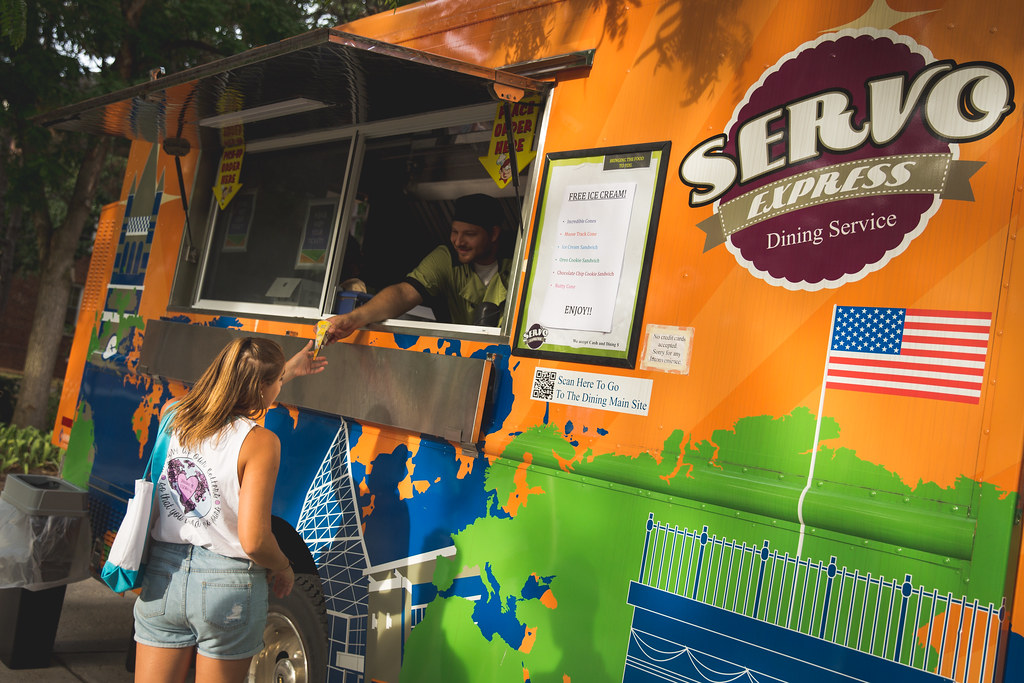 A conspicuous absence from the Huber Parking Lot (and occasionally outside the library as well as other locations) this semester has been the Servo Truck, which serves snacks and other food items late at night into the early morning.

Director of Dining Services Gary Brautigam said that the production team has been “shorthanded” this semester, but the Servo Truck’s first appearance is on the horizon.

“Good news is, we plan on having the truck out at least one time during finals,” he said.

In the spring semester, Brautigam added that he hopes to have enough staffing to have the truck out more regularly, though he cautioned students that late-night breakfast in January is probably not likely.

“Keep in mind,” he said, “during the winter we are not out often until it warms up.”