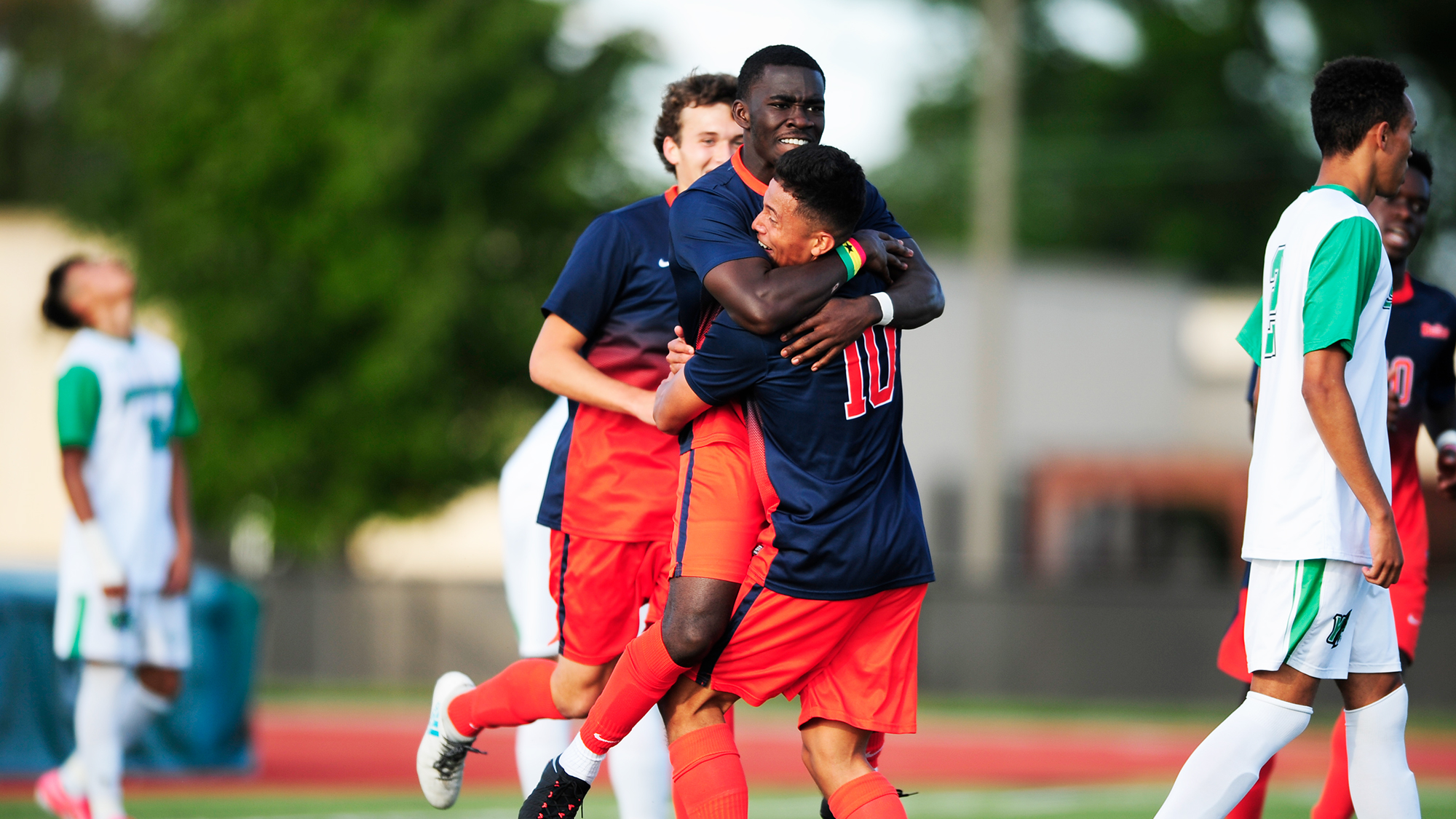 In the opening round of the Centennial Conference tournament, the Bullets faced a tough challenge against defending champions Haverford College. The Bullets had already faced Haverford once back in early October and the game resulted in a 2-2 tie.

Gettysburg came out of the gates with a full on frontal attack of offensive pressure. Sophomore Jack Carroll ‘22 took a shot within the first two minutes of the game. Oladayo Thomas ‘22 followed that up with back to back shots in the 9th and 12th but the Haverford goalie handled saved both.

The Bullets then shifted to the defensive side of the game as Thomas Keane ‘20 made multiple saves, including an amazing diving save off the head of Matthieu Maciejewski ‘21. Keane made another save off of defending conference player of the year Nick Jannelli ‘20.

The second half was just as competitive as the first with both teams having opportunities to take the lead. Thomas had a great attempt at goal in the 60th minute, but his shot was blocked by a Haverford defender. Both defenses were determined to stop every chance the other team had.

Gettysburg netted the game-winner in the 80th minute as Thomas passed the ball to Connor O’Donnell ‘22, who took a strike that found the top corner for his second career goal.

With this win, the Bullets moved onto the semifinal to face F&M. In their first contest on October 30 the result was a 2-0 loss for the Bullets.

In the opening 30 minutes of the game neither team could find their way on offense as there were only three shots combined. At the end of the first half, the bullets offense picked it up, as Sam Lerman ‘21 took back to back shots. F&M almost got on the board late as well. The Diplomats had a shot blocked and also had one go off of the crossbar.

F&M started the second half with three corner kicks that led to three shots, two being on goal that Keane handled nicely. Thomas and Precious Ozoh ‘20 each had opportunities in the middle of the second half, but each attempt sailed wide.

A few minutes later the Diplomats found the net to take a 1-0 lead over the Bullets. F&M followed up the first goal with two more in the 78th and 80th minute of the match. The Bullets did not roll over as they took five shots after they fell behind. Sadly, all of these attempts were handled by the Diplomats keeper.

This loss is not the end of the season for the Bullets. While Gettysburg lost their opportunity at an automatic bid to the tournament, they received an at-large bid to the NCAA tournament, their first in nearly two decades.

“No past result matters now. We just have to forget about it and prepare day by day. Every game from now on is a one game season,” said First-Year Colin Lawless.

It will take a long run for the Bullets to go deep into the tournament but right now they are focused on the game ahead. Gettysburg is set to face off against Oglethorpe in the first round of the tournament this Saturday, November 16th at Washington & Lee. Kickoff is set for 1:30pm in Lexington, Virginia.