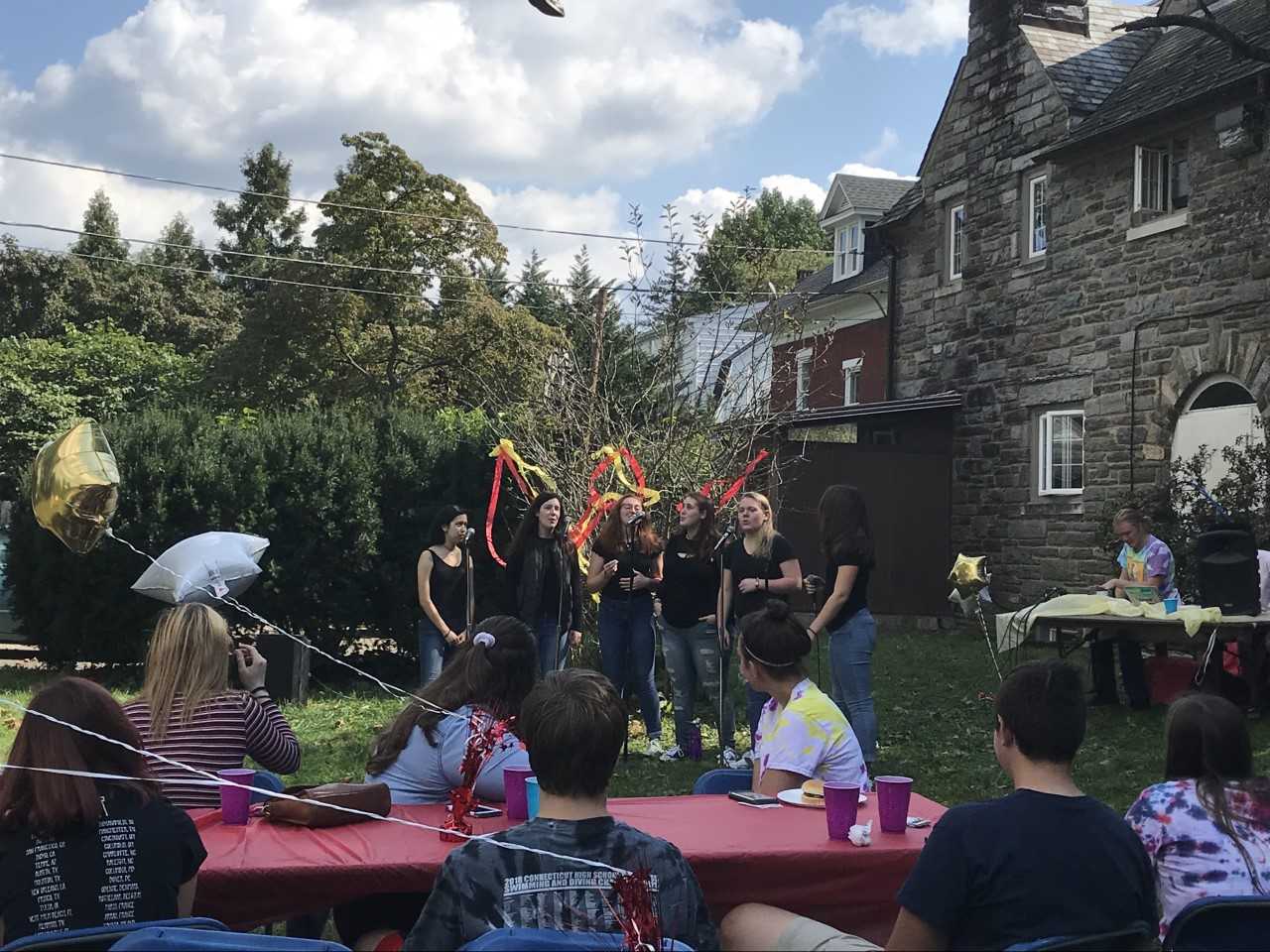 On Sunday, October 6th at 11:00, campus members gathered in the Attic for the second annual Can Jam event co-hosted by Sigma Nu and Alpha Omicron Pi.

Despite the rainy weather, which caused the relocation of the event from the Sigma Nu house to the Attic, spirits were high and many people came to support the local food pantry; entry required either a five dollar donation or three canned food items.

Entertainment included the Spark Notes, one of the a cappella groups on campus, and the New Jersey band Zoochie. The Spark Notes kicked off the event with a cappella versions of current pop songs. Afterward, Zoochie played a set of Indie Rock songs, both originals and covers.

Burgers, hot dogs, veggie burgers, cookies, and donuts were just a few of the food options presented to attendees of the event. Drinks were also served at the bar.

According to Sigma Nu member Aidan Wright ‘20, who organized the event alongside Alpha Omicron Pi’s Pritt ‘20, Can Jam raised approximately $800 (about $600 in cash and 200 cans), which is double what the event brought in last year.

Can Jam was officially a success.