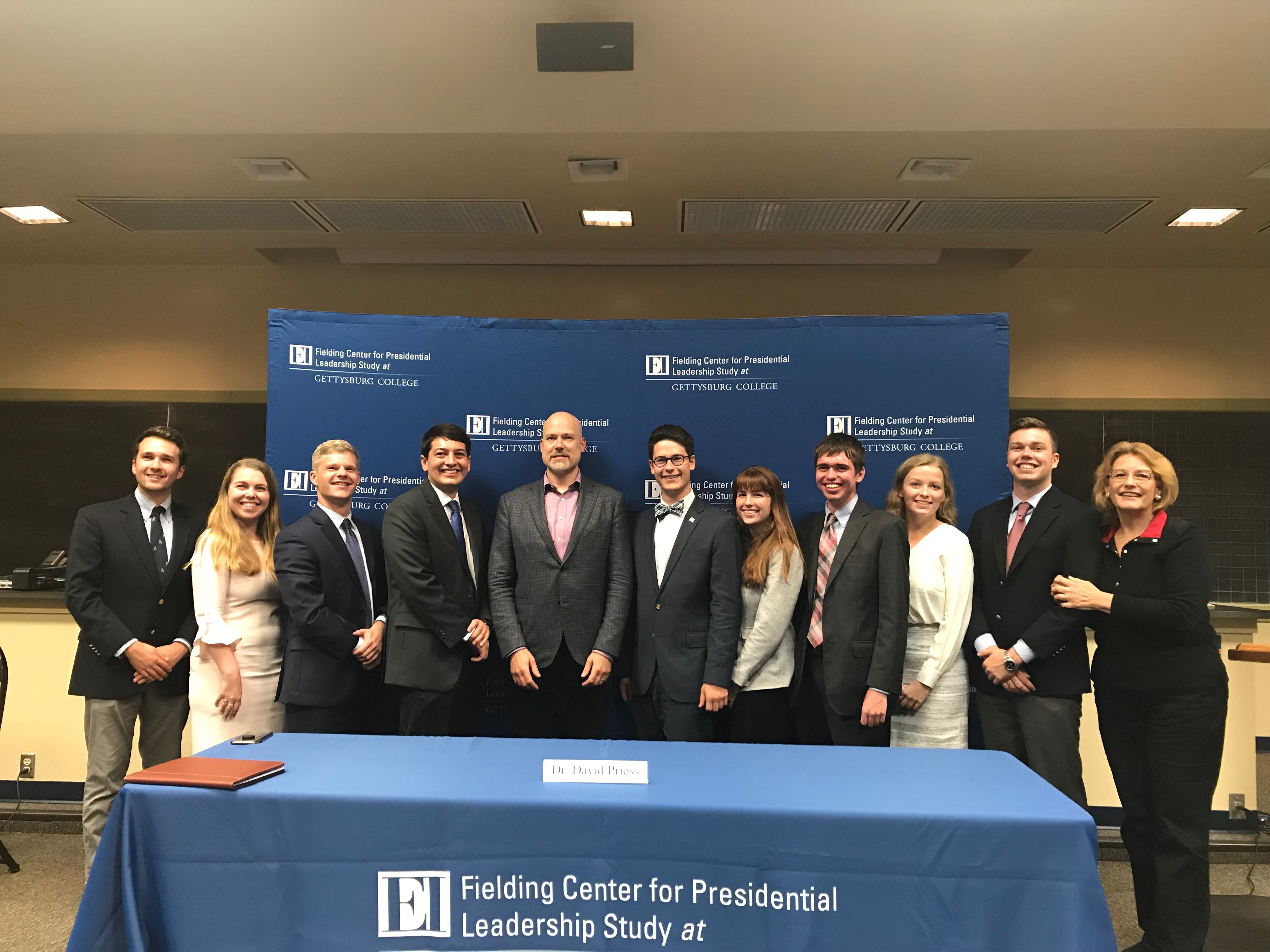 The Eisenhower Institute hosted an ex-CIA officer who discussed the eight ways to get a president out of office.  During “History’s Guide to Removing Presidents,” the roughly 50 person crowd in Mara auditorium listened to Dr. David Priess as he explained each option, focusing on impeachment, which he felt, was to be the last resort for removing unfit presidents.

Most audience questions referred to the current impeachment inquiry, specifically, what happens if he is removed, to which Priess said, “Well according to law, being the Constitution, if President Trump is removed from office the Vice President automatically becomes president. And then there will immediately be a race to see within the Republican party whether he actually carries the banner in 2020 or if somebody else is seen as the leader of the party.” This would be an historic moment as no other president had been removed from office by impeachment.

Shirley Anne Warshaw, Professor of Political Science, explained that while Priess’s lecture was timely, his appearance on campus was not in response to the current situation with President Trump and the Ukrainian government. The Fielding Fellows invited him two months ago. Priess’s major point ended up centering around impeachment and why he believed it to be a last resort. Priess explained that many critics of the impeachment process believe that the American people should not be let off the hook, as they voted them into office, they should vote them out four years later as the founders intended. Essentially, they should be the first line of defense against it.

“The founders were originally not sure there would even be an executive,” said Priess, author of History’s Guide to Removing Unpopular, Unable, or Unfit Chief Executives. On why they decided on the four terms, Priess said, “Four years is long enough that a president can actually get some programs going, but it’s not so long that you can’t vote the bum out if you don’t like the person.” 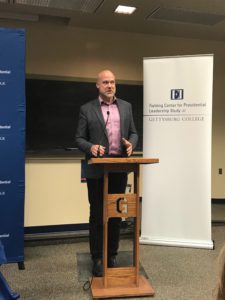 Doctor Priess viewed impeachment as a last resort to remove a president from office, and in Priess’ opinion, impeachment is not something to be discussed lightly. While it is a decision made by the representatives of the people in Congress and the Senate, it is not always the will of the people. Priess outlined the criteria for impeachment as; treason, bribery, and high crimes & misdemeanors, the last category purposely made to be ambiguous. Treason is defined as helping a foreign power during a time of war, requires evidence, and requires two witnesses to the crime. Bribery is clean-cut; the president gave or received goods or services in exchange for goods or political favors. Priess explained that it was written to be vague so that it could cover a wide variety of crimes such as obstructing justice and abusing power.

Most political dramas, like West Wing or Madam Secretary, have included an episode about the 25th Amendment, which was enacted in 1965 in order to create a smooth transition in command should the president become incapacitated. While there were measures in place, there was no formal process as to how the vice president would take over the president’s duties. Priess discussed the impact of the 25th Amendment, that since 1965 presidents would go on to grant their Vice President temporary presidential authority before going into surgery. The 25th Amendment also grants the VP and the cabinet the ability to remove the president from office if they deem him mentally disabled or deficient. The president can then retort, and they can continue to debate until one side concedes or congress takes over and decides. this would need a two-thirds vote to enact the amendment. Priess explained that this is not to be used lightly.

One of the only methods contained in the Constitution among this list, voting allows the citizenry to vote out an unfit president every four years. Voting is Priess’ preferred method of removing a president as it is the method acting in the direct will of the people. It is also the least messy and complicated method. Priess made a point to mention that although an incumbent has not lost since the 1992 election, in which George H. W. Bush lost to Bill Clinton, it has happened in the past. Unpopular presidents can be removed via the vote of the citizenry.

This method for removing a president is Priess’ absolute least favorite. He made it a point to discuss how selfish it is to assassinate a president of the United States. To take the leader of the nation’s life in your own hands because you do not like them There were four successful assassination attempts on presidents in US history. There are also many unsuccessful ones. Such is the case with Richard Lawrence who attempted to assassinate Andrew Jackson on the steps of the US Capitol building in 1835. The assassin fired twice, and remarkably; the gun did not fire either time. According to Priess, “Jackson was prepared to beat Lawrence to death with his cane before the two were separated.”

Priess described this as one of the least effective methods of removing a president. There are two specific examples of presidents that fit under this umbrella; William Henry Harrison and FDR. Harrison was president for thirty-one days before he died of pneumonia. Priess mused about the short wait his opposition party had experienced. FDR was elected to four terms but only served three in full. His opposition had been unable to beat him, so they had had to wait twelve years, or twenty if you count Truman’s presidency.

Opposition party members can sometimes rely on party infighting to either box people out of the election or make the president ineffective. John Tyler was the president Priess used as an example of this method. Tyler was prevented from running in his own party, so he ended up joining the Whigs instead. After he won, Tyler made it clear he did not plan to govern the country the way the Whigs expected him to. Enraged, the Whigs kicked him out of the party and even debated launching an impeachment inquiry.

According to Priess Presidents can be driven out of the office or made so ineffective they may as well not even be there. During Andrew Johnson’s presidency, Congress fought him to and nail over his racist policies. Johnson was a fan of the Black Codes, which according to Priess, would have essentially restarted slavery in the South. Congress passed act after act to fight Johnson and eventually passed an act that prevented the president from firing cabinet members. Johnson fired the Secretary of War in order to challenge a law he saw as unconstitutional. Congress used this opportunity to impeach him. They did not remove him however, an important distinction which will be clarified later.

Priess also mentions the possibility of preventing them from being elected in the first place. Priess cited the example of former Speaker of the House Henry Clay. According to Priess Clay was interested in running, was well-liked, and was qualified enough to serve. However, Jackson and his allies continuously blocked Clay from winning the presidency during the election cycles he intended to run for.

Priess also made some important clarifications about impeachment. The House ultimately decides whether or not to launch the impeachment inquiry. They are not bound to do so; it is a choice. However, once they launch it, the Senate is required by law to hold a trial. Whether or not the Senate wants the trial to happen is not of consequence. Priess further clarified that impeachment and removal are not the same things. If the president is impeached, but Congress does not vote to remove them, they will not be forced out of office.