Home » Sports » A New Deal with Under Armour

A New Deal with Under Armour 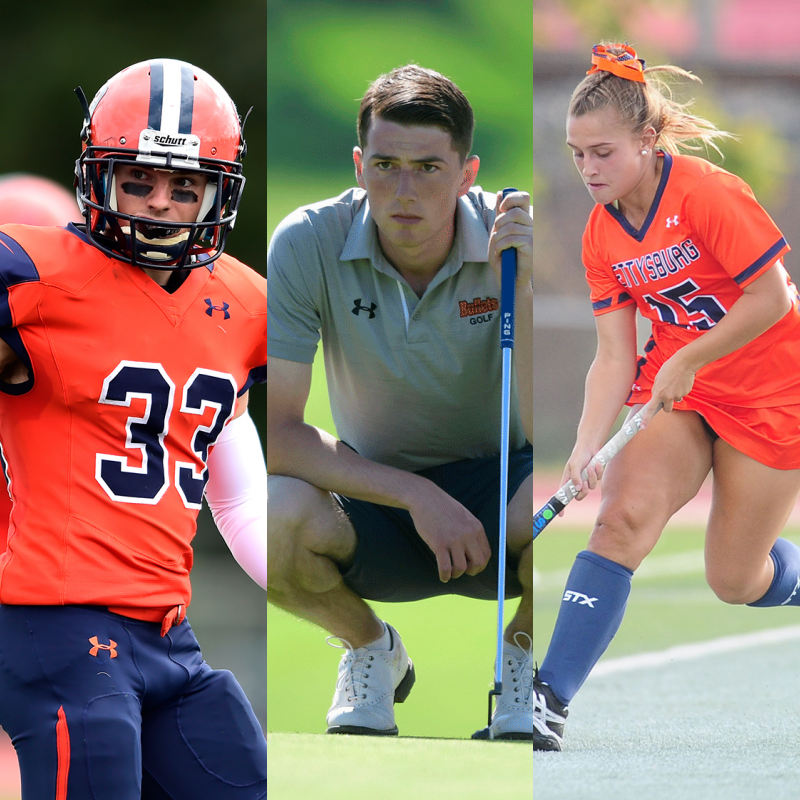 In June, the college announced a new deal with Under Armour for all athletic apparel. Now, four months later, some Gettysburg athletic teams are starting to see the fruits of the seven-year deal.

Prior to the agreement, each team was more or less on their own to work in conjunction with the equipment room staff to decide what athletic brand they wanted to be outfitted in. This meant that there was a degree of variance in what teams were wearing. For example, the volleyball team wore Mizuno, the football team wore Under Armour, and both men’s and women’s soccer teams wore Nike. Some teams even wore multiple brands in the same season, like men’s lacrosse with Nike jerseys and Under Armour practice sweats.
Executive Director of Intercollegiate Athletics and Campus Recreation Mike Mattia felt that there needed to be more consistency for the Gettysburg Bullets athletic brand.

“Partnering with one apparel provider helps with brand consistency. The color, lettering, and logos on all of our team’s uniforms and apparel will have a consistent look and feel to them while also ensuring they meet the guidelines and standards established by the college,” Mattia said.

Before joining Gettysburg last year, Mattia had served as Associate Director of Athletic Development at Johns Hopkins since 2009, where he oversaw the school’s transition from a Nike to Under Armour sponsorship. That experience helped in the process for Gettysburg to strike a deal with the Baltimore based company. Mattia said that Gettysburg “received proposals from a number of different brands” but that “Under Armour offered us the best overall deal that would benefit the entire athletic department.”

An additional aspect of the partnership with Under Armour are financial benefits that come in the form of promotional products, purchasing discounts, and performance incentives that would not necessarily have come with a continuation of the smaller deals the school was working with.

Mattia said that most of the performance incentives are for teams that make the NCAA playoffs and/or win a national championship. He added that, “The further along in the contract we get there will be noticeable co-branding between Gettysburg and Under Armour.” What that collaboration may look like is unclear for the time being.
The school’s contract is through BSN’s Sports Collegiate Select Program, which “aims to make BSN SPORTS a one-stop provider for all collegiate athletic, intramural, club and staff apparel and equipment,” according to an article posted in May.

BSN Sports works in conjunction with many brands in the athletic industry to provide all athletic needs to collegiate programs and high schools. In addition to uniforms and apparel, BSN will provide the necessary equipment for teams and the weight room, in addition to promotional materials. A quick trip to the Jaeger Center gym and one can already see BSN equipment being used by students.

According to the terms of the deal, Gettysburg has three years to make sure all 24-varsity teams are wearing Under Armour uniforms. Mattia added that the specific financial details of the contract are not available for public disclosure. He also said that if a team is currently still under another contract with a different provider they are able to see that through within the three-year window.

In terms of individual athletes wanting to wear a particular brand in light of this new deal Mattia commented, “If the athletic department provides certain apparel or equipment to our student-athletes they are expected to wear/use it. “ However, “If the athletic department does not provide it, and the student-athletes are expected to purchase it on their own for use, then we have a little more leeway.” Essentially this means that if Under Armour does not provide a particular product the athletes need, they are able to wear a brand of their choice, but if it is provided they are to wear it.

Sometimes when new athletic apparel deals are struck the providing company works in conjunction with the college or university to produce a fresh and cohesive look. A great example is the University of Pittsburgh Panthers, which revamped its visual identity in conjunction with Nike, its sole uniform and apparel provider. The outcome was a product of two years worth of planning, culminating with the reveal of new logos and uniforms in April of this year. Now every single of Pitt’s athletic teams has the same colors, style, logos, and font.

The process will surely look different for Gettysburg being that it is an NCAA Division III institution and reaches a much smaller audience than Pitt. However, it will be interesting to see how cohesive the Bullets brand looks at the end of the three year grace period and whether any changes will be made to the logos, colors, or fonts. The last revamp of the Gettysburg brand with respect to marketing and logos came back in 2014. Mattia didn’t allude to the possibilities of any changes or updates in the near future. However, he did emphasize the marketing potential that working with Under Armour can provide for Gettysburg athletics and aid in the recruiting process.

“We are looking to reach areas of the country that we may not have tapped into before when it comes to recruiting prospective students,” Mattia said.

He continued to say that he felt the partnership with Under Armour would give Gettysburg an additional advantage in an “ever increasing competitive marketplace for talented students.” In the Centennial Conference it appears that Gettysburg is the third institution to partner with Under Armour, following Hopkins on July 1, 2017 and Dickinson on January 1, 2016. The remaining Centennial institutions seem to have the same type of individual team deals that the Bullets had prior to this year.

So far the fall season has produced very little visible changes to the uniforms the Bullets teams are wearing, as they appear the same as they were last season. However, more subtle changes, like the apparel and accessories each team receives, have all been in accordance with the BSN and Under Armour contract.

Though it might be a little late for fall sports to get new uniforms for this season, it will be interesting to see if any teams take the field or court in the winter and spring seasons donning new Under Armour uniforms in the signature orange and blue.

This article appeared on page 23 of the September 26, 2019 edition of The Gettysburgian’s magazine.