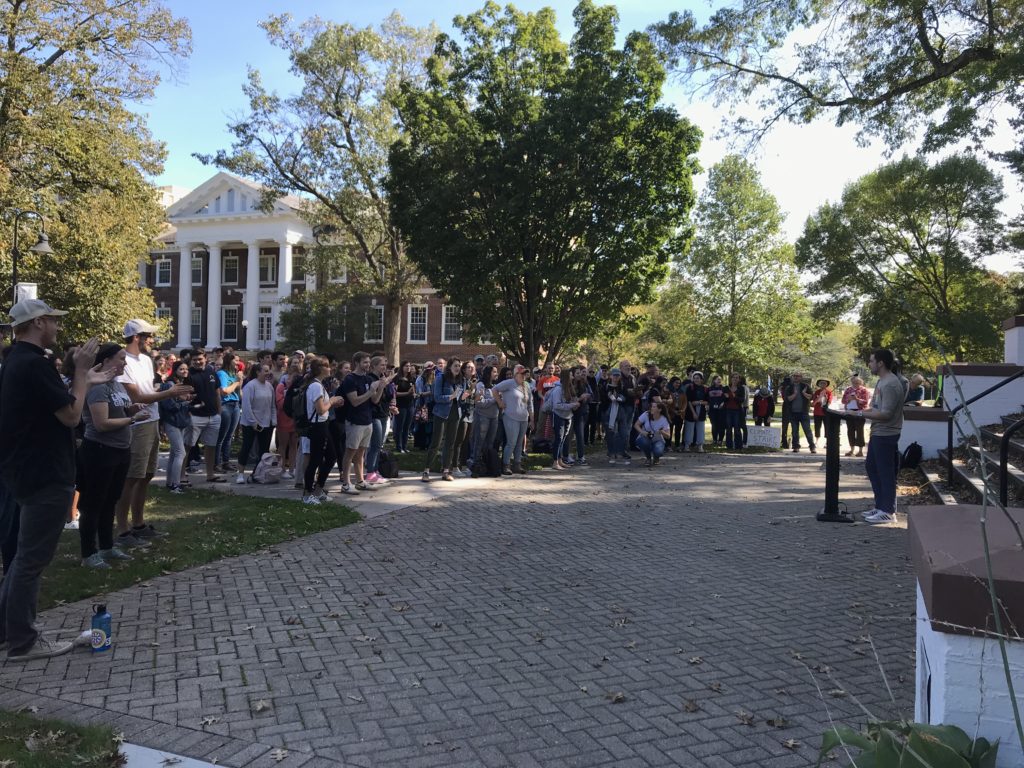 Students, faculty, and community members gathered as part of the Global Climate Strike on Friday (Photo by Sam Hann/The Gettysburgian)

At 11 a.m. on Friday, Sept. 20, Gettysburg College students, faculty, and community members gathered in front of Pennsylvania Hall to participate in a global strike against climate change. The event was organized by Green Gettysburg, Gettysburg Environmental Concerns Organization (GECO), and the Peace and Justice Studies Department.

In the minutes leading up to the start of the protest, the crowd carried an energy of positivity, excitement, and above all, hope.

When various speakers took to the podium to share their thoughts about climate change and our role in fighting it, they were all greeted with enthusiastic applause. Chaplain Kristin Largen declared that “our work is loving the world.”

McKenzie Somers ’20, president of GECO, asked the crowd, “What can we do to fight climate change?” Her answer: “It starts with a mindset. Not just your own, but your friends’, your family’s, and your colleagues’.” 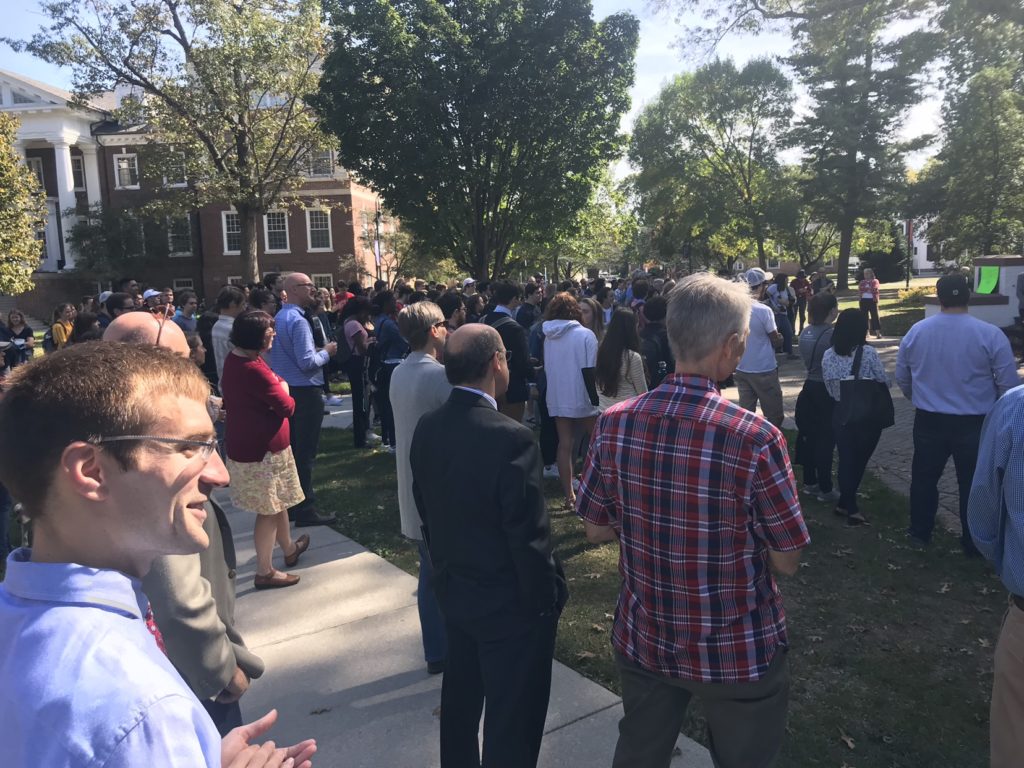 Many student attendees placed an emphasis on the ability of current college students to make the most impact by voting for political representatives who will take firm stands against climate change. Other students reminded the crowd that the work is not done once elections are; it’s up to the people to ensure that politicians follow through on the promises they make during their campaigns.

One student speaker in particular gravely stated, “This is a problem that affects everyone.” He continued on to reassure and remind the crowd: “We, the people, have the power.”

Others called the event an acknowledgement of the “existential crisis” that all of humanity is currently facing, reminding everyone that this is “a human issue,” rather than something that only affects a minority of people.

Gettysburg College’s Climate Strike concluded with a call to action: spread the word about climate change and its universal implications. Inform those who do not or cannot attend their own climate strike. Raise awareness and take action.