Home » Opinions » Opinion: Without a Call for Change, Solidarity Is Silent and Inconsequential

Opinion: Without a Call for Change, Solidarity Is Silent and Inconsequential 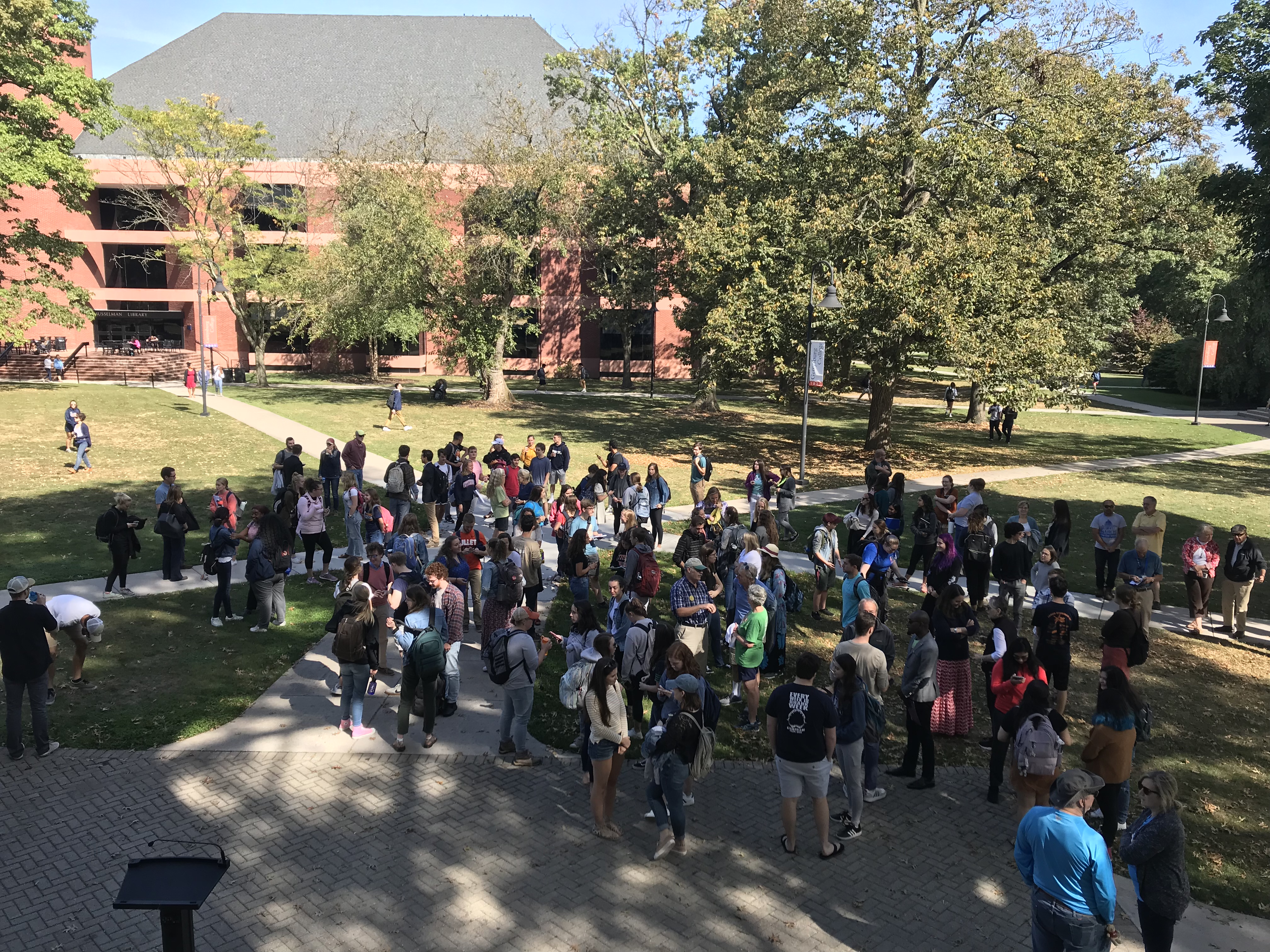 Solidarity marches are irrelevant without a concrete call for change. Last Friday, over 150 Gettysburg College students, administration, faculty, and community members stood in front of Penn Hall in solidarity with the thousands of marches around the world calling for government officials to address climate change.

The universal strike came three days before the United Nations climate summit, where Greta Thunberg, an inspiration to almost every teenage leader today, spoke about the injustice of climate change and the role adults must play since the world they created will damn future generations. Although it seems to be the youth leading the way.

While the intentions behind the marches were wholesome and many had specific demands for their government, the solidarity strike at Gettysburg College did little except call for students to vote. Specifically, for leaders who take climate change seriously and have a policy. As important as energizing voters is, especially Generation Z and Millennial voters, the speakers who were advocating for voting were preaching to the choir: a group of students already politically active, as proven by their attendance at the strike. The roughly 150 person crowd cheered every time the speaker demanded change from our government though, unfortunately, our government can’t hear them. A Gallup poll from May 2018 showed that 70% of Americans aged 18 to 35 are worried about climate change. Emily Dalgleish ‘22 was the only student who brought anything substantial to the crowd: voter registration forms.

Dr. Hakim Williams, Director of the Peace and Justice Studies program said, “I believe that the professionals and so-called adults have failed you. So now we must step aside and let the youth lead the way.” This strike gave my peers and me the platform to make our voices heard and that was possibly the only thing achieved that day in front of Penn Hall. I believe that climate change is just as critical a problem as my peers think it is, but this is not the way to go about making a change. This event made students feel better about themselves, but “changing our mindsets,” as James Mullen ‘20 said, is not enough.

This is not to say that all marches are bad and irrelevant, simply that solidarity strikes, in this situation, are not as effective. This event could have been much more successful if the organizers had passed out letters or petitions to sign and sent them to the government or corporations. Another opportunity would be an event calling for the Gettysburg College administration to actually act on the issue and adhere to their plan to be carbon neutral by 2032.

In the bigger picture, every strike was critical to making September 20th one of the “largest youth-led demonstrations in history,” according to the New York Times, and every small strike contributed to the millions of strikers, but, in the context of Gettysburg College, it did little but excite the less than 200 people.

Additionally, not all solidarity strikes are useless. Many workers strike in solidarity to eventually form a union or earn more rights in the workplace. This was especially useful in Iceland when in 1975 every woman, including those who were stay-at-home mothers, took the day off from their job, according to the BBC. This demonstration, though, still had very clear demands, and their absence was obvious. Soon enough, Iceland became the leading feminist country and elected Europe’s first female president who served for the next sixteen years.

I had a chance to speak to President Bob Iuliano after the fact and even he seemed uncertain about the path the college should take. It was clear that the administration did not want to make waves or push for any specific changes: “I view that event as an example of the sort of activities that our students should engage in,” said Iuliano, “And just to be clear I view that as [sic] regardless of what you think of the subsequent issue presented, the important point is advocating for what you think is a better world.” When students don’t demand the administration to implement immediate and concrete policies, we allow an apathetic perspective to take over.

If any Gettysburg College students or organizations are planning future demonstrations, whether it be about gun violence, immigration, climate change, or the cost of tuition, do your research and make your goals clear because only then can real change be achieved.