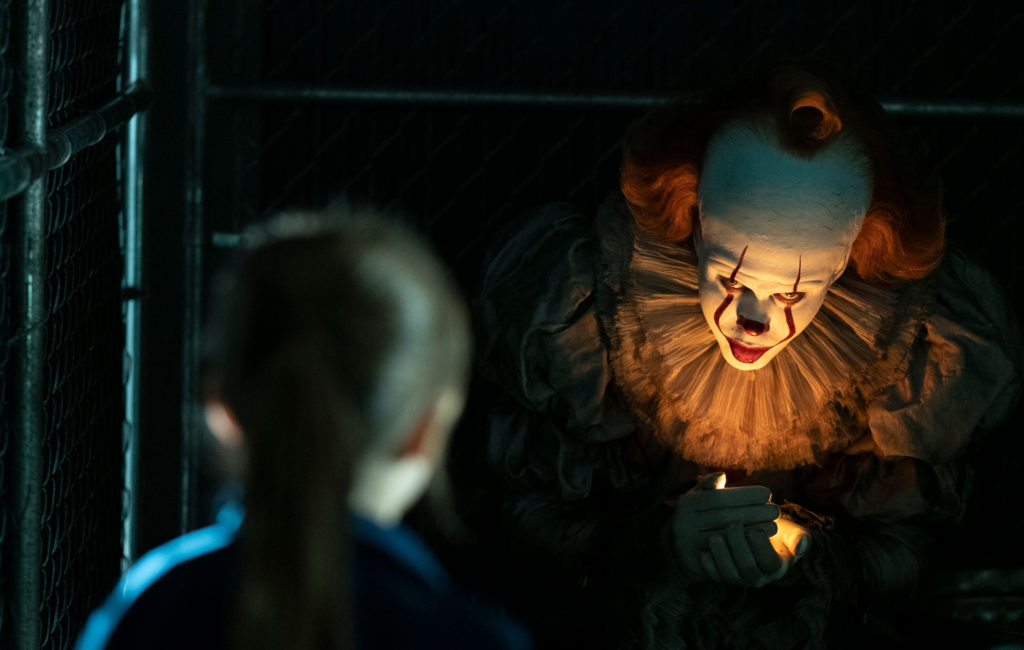 Still from It Chapter 2.

It Chapter 2 explores some interesting concepts but never delves deeply into them. One aspect of the film that I enjoyed was the idea that once the Losers left Derry, they all lost their memories about their first encounter with Pennywise. While this was addressed slightly in the film, the audience is never given an explanation as to why this occurred. The solution to this problem was too easy, in my opinion, and I would have liked to see the director, Andy Muschetti, spend more time exploring this storyline. Another example of Muschetti not fully addressing a storyline is a plot point in the movie involving Richie, played by Bill Hader. There is a twist involving Richie in the movie that is only talked about once and then never addressed again. This is the main problem that I had with It Chapter 2: several interesting story elements were touched on briefly but never deeply explored. In this way, It Chapter 2 is a standard movie that could have been so much more.

It Chapter 2 also suffers from a major pacing issue. The main example of this in the movie is when the Losers all have to go find artifacts from their childhood. All of the main characters go on their own personal adventure to find these artifacts. While aspects of this storyline are interesting, it takes up too much of the movie’s runtime. The main reason why each character’s artifact hunt was too long was because Muschetti kept flashing back to the younger version of the Losers. While it was interesting to see the younger Losers from a different perspective, the younger cast was used too much. I found myself not caring about the flashbacks involving the younger kids because I wanted to see the Losers develop in present day, the kids’ story was already told in the first It movie. There were so many other interesting things that Muschetti introduced throughout the film that should have been given screen time. Instead, he was overly concerned with having each character go on their individual journey so that we can learn more about them. This sequence eventually became very boring and I just wanted it to be over.

All of the performances in It Chapter 2 were great. However, one standout performance in the film is Bill Hader as Richie. Hader delivers a well rounded and complex charter while also providing a lot of laughs throughout the film. Bill Skarsgard was also great as Pennywise once again. While Skarsgard is not in the movie much, he is truly terrifying whenever he is on screen.

Overall, It Chapter 2 is a fun movie that has some serious pacing issues. The movie is far too long and does not address some of the interesting aspects introduced within the film. However, the movie is partially saved by some outstanding performances and a fun premise.