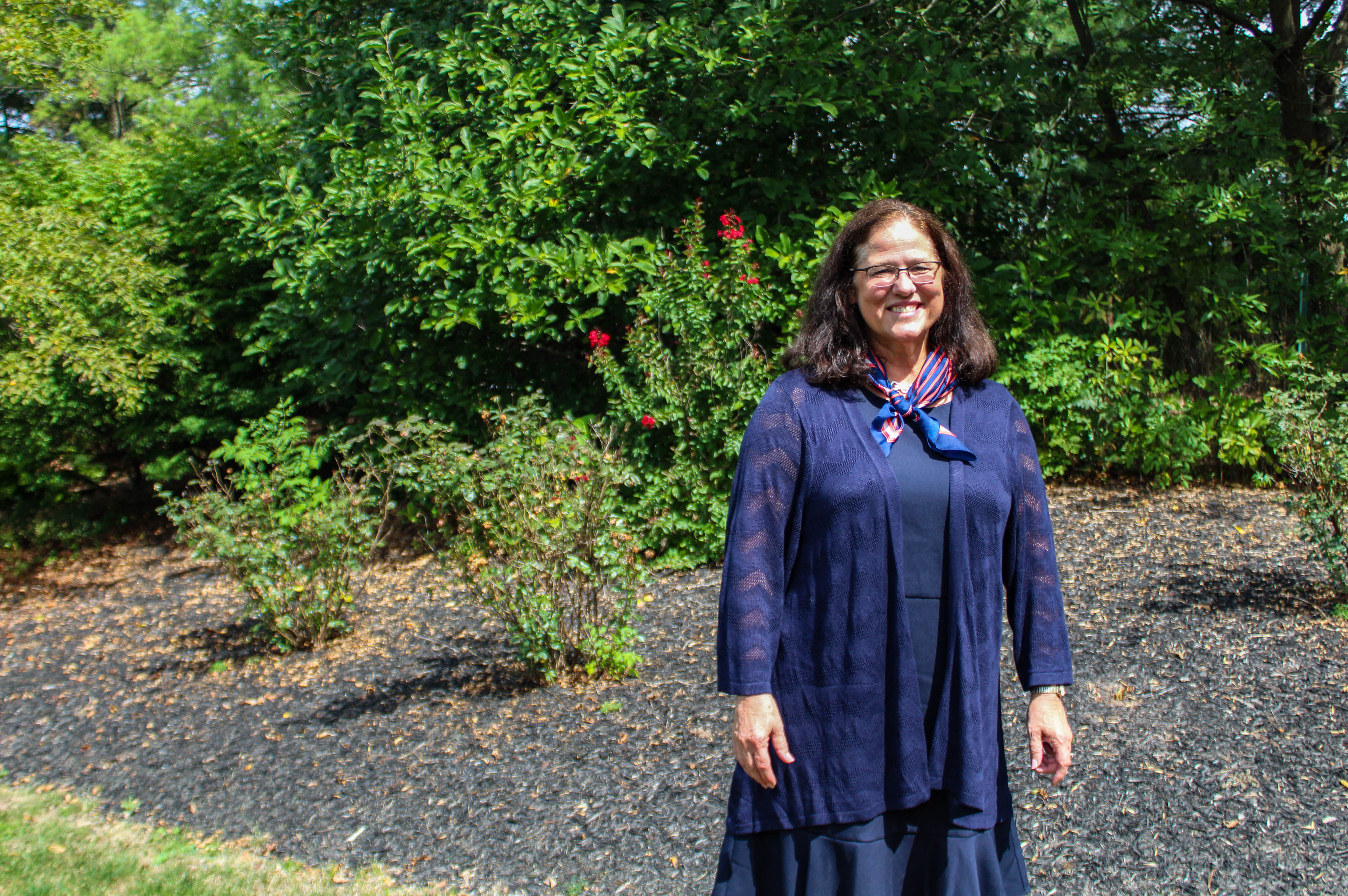 Over inauguration weekend, students, the faculty, staff, and community will celebrate the formal induction of President Bob Iuliano into college history. The president, however, is not the only Iuliano new to campus. Susan Iuliano shares her husband’s excitement to embrace and explore her new home at Gettysburg College.

Similar to President Iuliano, Susan Iuliano has an impressive personal and professional history. After growing up in Amarillo, Texas, Mrs. Iuliano relocated to Connecticut to study Religious Studies and Political Science at Yale University.

Her decision to study religion and politics stemmed from her enjoyment and interest in those subjects and coursework. She also valued the smaller size of the Religious Studies Department at Yale.

“It was a much bigger school,” she said, “so being in smaller departments was great because it provided me some of what you get here at Gettysburg, in terms of the opportunity to get to know the faculty and have smaller classes and go to more office hours.”

During her undergraduate work, Iuliano developed an interest in political philosophy and ethics, which helped formulate her decision to return to Texas and earn her J.D. from the University of Texas School of Law.

Moving back to Texas was somewhat of a transition, “but Austin is a great city,” according to Mrs. Iuliano. After law school, she clerked for a federal appellate judge based in Austin. There, she worked mostly on research memos and drafted opinions.

In the midst of this academic and occupational growth, Susan Iuliano experienced an exciting personal development: “While I was in law school, I met Bob.”

Both Iulianos worked as summer interns at a Dallas law firm, although they were not enrolled in the same law schools. President Iuliano attended the University of Virginia School of Law, while Mrs. Iuliano was enrolled in Texas. The next summer, they both worked in Boston and eventually settled in Massachusetts—up until their recent move to Gettysburg.

In Boston, Susan Iuliano spent a brief period working for a corporate law firm with large clients and handling labor and employment work, before becoming an attorney for the Commonwealth of Massachusetts. In the latter position, she worked with an office that licensed children’s programs, including daycare, adoption, and foster care.

After about seven years working as an attorney, Susan Iuliano switched to an academic track, choosing to teach legal research and writing at the New England School of Law.

“In particular, I taught students who needed or asked for additional academic support. I learned that teaching writing is challenging, but I really enjoyed it,” said Mrs. Iuliano, who remembered how critical developing better writing and analysis skills were for her while at Yale.

Beyond teaching, she also became involved with the local government and schools in Sudbury, where she and President Iuliano lived.

Having served on both the school board and Board of Selectmen, Susan Iuliano reflected, “The background that I obtained working for the state and being a lawyer was more useful than one might expect when I became involved with local government issues because I understood something about the state and the state programs and budget.”

She also contributed to the Sudbury Foundation, a private group that worked on such projects as open-space and historic preservation, a scholarship program aiding 15 local students for four years of college, programs involving local youth and social services, and improvements in sustainable agriculture.

Upon arriving at Gettysburg College and learning more about its programs, Mrs. Iuliano expressed her excitement at seeing her passion for public service reflected among the campus and community.

“I’m very impressed with the [Center for Public Service] program and with the students involved,” she said. She expressed admiration not only for campus service events but also those off-campus, “where there’s this opportunity to be immersed, even briefly, in another setting to learn about a different community and how to help in a different way.”

The relationship between the College and the community is one that greatly interests Susan Iuliano: “I’m interested in those efforts by the College, and by the students themselves, to help cross divisions within the community. In any setting, we gravitate toward people we enjoy and have things in common with, but college is such a great opportunity to learn from each other and share this wonderful opportunity. I know there’s a real effort to bring people together but also to provide an equality of opportunity or access to the things the college provides. I think that’s really important.”

Both the campus community and the town have welcomed the Iulianos with open arms since they moved to Gettysburg a few months ago.

“I’d like people to know how much we appreciate the warm welcome,” said Mrs. Iuliano. “We’re coming to a place that has been served well by all the people before us. That’s exciting. But as the newcomers, people have been very warm and supportive as we’ve jumped in.” 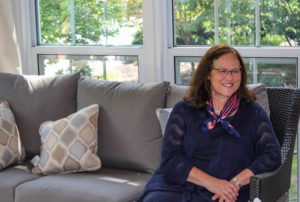 She also stressed, “I want people to know I’m anxious for those opportunities to learn more from them,” especially regarding the student experience. She is excited to “learn more about the culture, what the students think, what they want, what they enjoy.”

The First-Year Walk offered one such opportunity for Susan Iuliano to chat in an informal way with new and upper-class students about their experiences, and she expressed her gratitude at being included in that college tradition.

Although she admitted that her top personal focus at the moment is her new one-month-old grandson, Leo, Iuliano has other interests that overlap with various areas of campus. She enjoys learning about history and is excited to further explore the battlefields and broaden her knowledge of the Civil War and of President Dwight D. Eisenhower. She labeled herself a “political junkie” and expressed a passion for local government and a desire to learn more about Pennsylvania and Adams County politics. The possibility of visiting speakers, especially in the political science realm, excites her.

“I enjoy a wide variety of music,” she further listed, “so I’m excited to be here with the Conservatory….Even at Convocation, I was so impressed with the band.”

Both of the Iulianos’ sons were wrestlers, and Mrs. Iuliano looks forward to attending various Gettysburg College athletic events.

In one attempt to understand campus culture a little better, Susan Iuliano partook in one of the college’s most popular traditions: eating a chocolate-chip cookie from Servo.

Still in the early days of her time at Gettysburg College, however, Iuliano explained, “In general, I don’t know exactly yet where I would fit in terms of being involved in a more hands-on way because I’m still very much in a learning stage.”

“I had to. I had to have a Servo cookie.” – Susan Iuliano

This article was the cover story of the September 26, 2019 edition of The Gettysburgian’s magazine and appeared on pages 4 and 5.