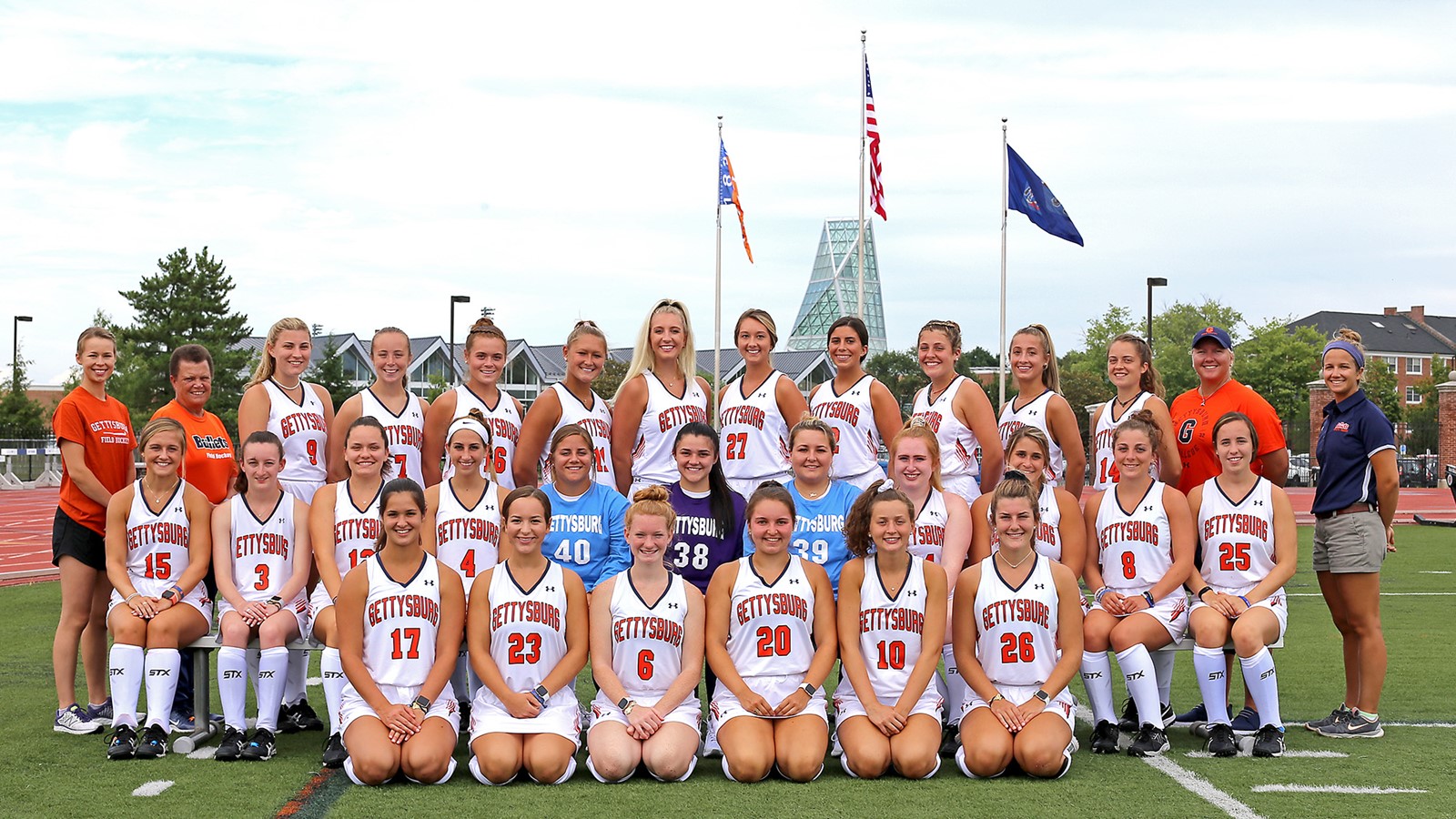 The Field Hockey team opened their season at home on August 30 against Shenandoah and came up short for second straight year, losing 4-1.

However, the Bullets bounced back on Sunday to win a non-conference away game at Washington and Lee University in Lexington, VA.

The Bullets took down the Generals by a score of 2-0. Junior Emma Bertrando and senior Julia Soares each scored a goal. Senior Jillian Caputo posted six saves to contribute to the shutout win.

These early non-conference games will help prepare the Bullets for their tough Centennial Conference schedule coming up.

In the conference preseason poll the Bullets were slotted at sixth. Three conference foes rank in the top 20 nationally with Johns Hopkins at No. 5, Franklin & Marshall at No. 10, and Ursinus at No. 19.

Gettysburg is looking for their first postseason birth since 2012 where they lost to Haverford 4-3 in the semifinals.

In the preseason video posted to the team page on the Gettysburg College athletics website, head coach Barb Jordan commented on the team’s one important goal.

“Our number one goal is to always get to the conference tournament,” Jordan said. “Every year every team in the conference seems to get stronger and stronger. All eleven teams have a shot of making the tournament…”

Last year the Bullets only graduated one senior, defender Brooke Matthews. This season the Bullets have three seniors, Julia Soares, Sam Nicol, and Jillian Caputo, who will all provide key leadership and experience.

“With everyone coming back, we all played with each other, we all know we play, and we’ve got a lot of experience. The new freshmen add a lot of depth as well,” said Soares.

The team added six first-years to the roster for this season.

Aside from wanting to make the conference tournament, the seniors want to improve individually at their personal positions.

“One thing we are trying to focus on is not only connecting with the forward line, but to the midfield line and in between as well,” said Soares. “Also finishing in the circle and with the tip ins as well.”

As a goalie, Caputo is determined is to save as many shots from the opposing team.

“One of the main goals is to have shutouts and few defensive corners,” she said.

The Bullets play another non-conference game at Cabrini University on Saturday, September 7. The Cavaliers split their first two games as well. Gettysburg does not start conference play until September 14 with a trip to Allentown, PA to face Muhlenberg.