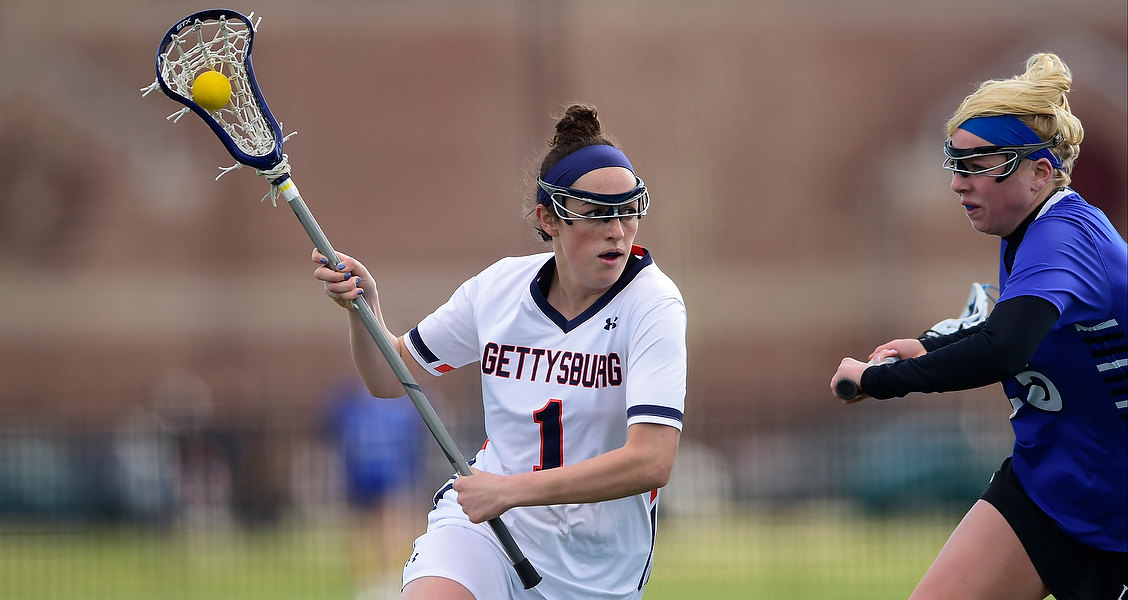 On Sunday, shortly after Commencement for the class of 2019 had concluded at Penn Hall, the women’s lacrosse team was across the way at Clark Field, trying to continue its pursuit of a third straight national championship.

The Wesleyan Cardinals were down in Gettysburg for the national quarterfinals, the winner of which would play for a chance to be in the title game.

For the Bullets, this was business as usual for a team that had won the previous two national championships and had every reason to think they’d win a third. For Wesleyan, this was a chance for redemption after losing to Amherst on Gettysburg’s field a year ago in the third round of the tournament.

Gettysburg, the overall No. 1 seed, was coming off two victories in which they trounced their opponents Westminster and Denison by a combined score of 38-4. Wesleyan had beaten Mary Washington and No. 2 Washington & Lee in much closer affairs.

On Sunday the Cardinals continued their playoff run by beating the Bullets 10-7, a surprise to many in the lacrosse world, and will now face fellow NESCAC conference foe Middlebury in the national semifinals.

Gettysburg opened the game with a two-goal run, which Wesleyan quickly answered to even the game midway through the first period. Shortly after Lauren Cole ’19 retook the lead for the Bullets, Wesleyan fired off four straight to end the first up three.

In the second period, Kerry McKeever ’21 scored twice within the first few minutes to put the Bullets within one, but the Cardinals quickly extended their lead back to two a few minutes later. Despite another goal from McKeever, Wesleyan continued to go on a three-goal run and took a 10-6 lead with roughly 2 minutes to play.

A goal from Courtney Patterson ’20 in the closing minutes wasn’t enough to fuel a comeback and the No. 8 seed upset Gettysburg.

Despite the loss, the Bullets’ season this year was marked by a continuation of dominance and record-breaking performances. The team set a new program record for points (542) and assists (198) in a season. Furthermore, Liza Barr ’20 tallied the second most points in program history for a season with 127 and set a school record with 75 assists.

For the six seniors on the team, the loss ended an illustrious four-year stretch in Gettysburg women’s lacrosse history.

Steph Colson, the IWLCA Division III Player of the Year last year, finished her career fourth in the program’s history with 234 draw controls. Goalie Bailey Pilder finished second in team history by allowing an average of 6.61 goals per goal.

Though the Bullets fell short this year, the expectation remains going forward to continue to fill the Jaeger Center with more national championship trophies. But for now, the team can rest over the summer before returning to campus for an arduous fall training season.