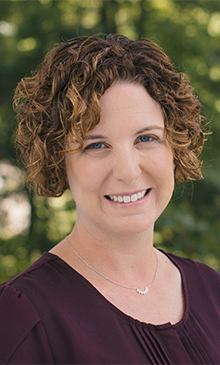 Professor Natalie Barlett of the Psychology Department discussed gender development at this week’s Women, Gender, and Sexuality Studies Lecture. Barlett, who specializes in Child Development, uses her research to understand the correlates and predictors of relational aggression in childhood and adolescence. She is also studying the developmental process that occurs with Emerging Adulthood and teaches WGS 210: Topics in Women, Gender, and Sexuality. Through her presentation, she explicated the origin of the difference between sex and gender, what gender is, and how gender is perceived by the world around us.

Barlett recognizes that one’s “sex” is defined by their external genitalia or the chromosomes designated to a fetus in the womb. In contrast, gender, which is often used incorrectly, signifies something unassigned to someone. Rather, it is a person’s choice to choose their gender and how they would like to identify. Gender identity is often decided by a person based on their sense of being masculine and feminine, meaning that they usually associate with whichever side of the spectrum they lean towards.

Barlett spoke about the evolution of one’s identity. Before the 1970s, if someone was mentally healthy, he/she/they would fall onto their designated masculine or feminine side based on their sex. Later, researchers realized all people have a level of both the masculine and feminine sides. The majority of people still remain cis-gender, but there is also a considerable amount of people who lean towards masculine and feminine traits, and specifically later in their lives, portray themselves as androgynous more openly.

There are more than two genders or dimensions, and a lot of other variations and combinations. According to Barlett, if people want to know about something, they should know its origin. Gender identity is important to ascertain because it determines how people function or identify with their biological sex. It can change how an individual thinks, feels, and behaves. Societal issues affect gender identity, with Target Corp. moving away from gender-based signs, men being chastised for letting their sons play with dolls or like princesses, and New York creating a gender-neutral “X” option for birth certificates. Parents and companies are looking to give children options, as they are influenced early on in many ways.

Barlett stated that parents are one of the greatest influences when it comes to how a person identifies. Parents tell their children what is made for girls and boys and decide what a child wears and plays with. They also have preconceived notions of what the child will be like before it is born based on its sex. In the same way, technology shows society what a girl or boy should look like and how they should act. Barlett also mentioned that toy companies purposely utilize one sex in their commercials.

In regard to a proximate level, the testosterone and estrogen levels can contribute to one how one identifies, too. According to research, Barlett added, “If your twin is cisgender, you most likely are too.”  She continued to say that male fetuses who are exposed to higher levels of testosterone in utero tend to prefer “boy toys” and females not exposed to high levels of androgens prefer dolls. On an evolutionary level, certain genes increase chances of survival. Therefore, females typically continue to be more nurturing, whereas men are more aggressive.

Barlett detailed the gender identity progression throughout the early years of a child. By the age of two, kids know if they are a boy or a girl because they are told their gender. By age three, they identify gender roles. By age five, they can recognize gender constancy, the concept that sex does not change.

In a video shown at the lecture, a young girl said that boys should not wear dresses and that girls can have long hair – not boys. The genders should not swap clothing, according to a boy, because they would get made fun of. One boy even said that boys are better than girls because they are stronger. The social learning theory that represents these statements develops due to observation, imitation, and reinforcement. Barlett noticed this own issue and theory with her children after her son told her that he assumed cleaning was a woman’s job. Thus, she encouraged her husband to clean the bathroom.

The students at the lecture argued that it is very difficult to have a gender-neutral child because what you teach them in the home will be contradicted by what is taught to them by the public world. Companies also separate clothing so that it is not gender-neutral to increase sales, and so the separation of genders will most likely persist for years to come.