Gazebo Returns to Center of Campus 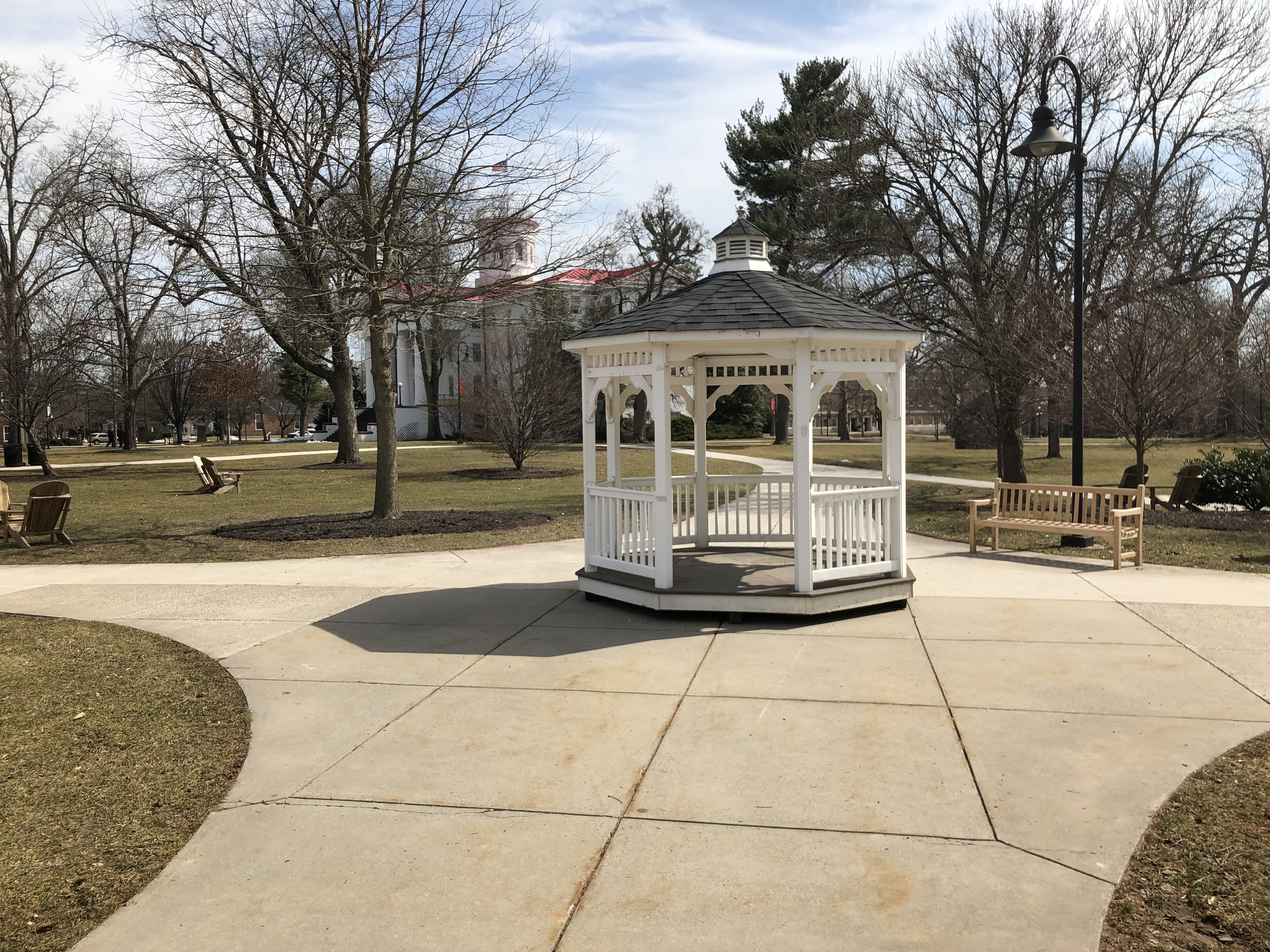 More than 18 months after its displacement as part of construction to the College Union Building, the white gazebo that once anchored the center of Stine Lake has returned.

Alumni Director Joe Lynch ’85 contacted The Gettysburgian this afternoon with the news and photo, noting that he saw it while riding his bike earlier today.

Previous reporting indicated that it needed repairs after it was moved to temporary storage near the Quarry Pond, but, evidently, sufficient repairs occurred.

The gazebo is back to its original home.