Home » Opinions » Opinion: Have We Forgotten About Edward Snowden?

Opinion: Have We Forgotten About Edward Snowden? 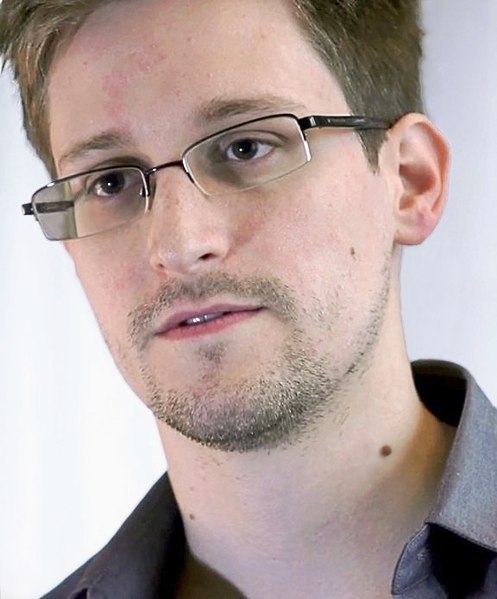 In 2013, Edward Snowden, a contractor for the National Security Agency, leaked classified government documents to reporters from The Guardian. These detailed the abuse of surveillance systems by the United States government, including the warrantless mass surveillance of citizens of the United States. There were many factors contributing to this decision, but one thing is for certain: he did not leak in order to hurt the United States. Now an international legal pariah, Snowden is forced to live in Russia under a temporary residency permit due to the revocation of his passport by the United States as he traveled to South America to seek political asylum.

The government is watching you, or at least they could be. Right now, the various intelligence agencies of the United States government can access your telephone records without so much as a legitimate warrant. The webcam on your laptop? Intelligence agencies can access a live feed from it, even when your laptop is seemingly shut down. Not only has this happened in the past, but it is happening currently, with billions of records being collected on American citizens every single day. You have nothing to hide, you say? Well, that’s good, because there is nowhere to hide.

You would not have known this if you watched congressional hearings that were tailored to fit this specific issue. Although members of Congress asked Director of National Intelligence James Clapper if there was any surveillance of Americans on a mass scale, Clapper answered “not wittingly.” A blatant lie must have caused some punishment to befall this man; some type of perjury charge must have been filed against Director Clapper after Snowden’s leaks proved that he was lying under oath to our elected representatives, no? In actuality, Mr. Clapper still walks free, with no charges ever filed against him for this criminal dishonesty.

Likewise, the intelligence community has strolled out of the fray caused by Mr. Snowden’s actions completely unscathed. Although President Obama often made bold statements decrying the overreach of intelligence agencies on the campaign trail, his administration did absolutely nothing to curtail the mass warrantless surveillance of American citizens. His administration also refused to promise that Mr. Snowden would even receive a fair trial upon returning to the United States, with Mr. Snowden vowing to return if such assurances were made.

You might say that Edward Snowden is a traitor to his country because he leaked classified documents illegally. You might say that he was careless because he left sensitive information in the hands of reporters to publish as they saw fit. The fact of the matter is that without Mr. Snowden taking the initiative that he did, we would have no knowledge of the unrestrained, illegal activities of the executive branch that have taken place. We would not understand the extent to which the NSA, CIA, and FBI can use illegally garnered information to learn nearly everything about any American citizen upon demand.
The claims made against the government are bold and seemingly impossible in a liberal society such as ours. The rule of law has historically prevailed in the United States, or so we thought. You may be led to believe that the Foreign Intelligence Surveillance Act (FISA) was established to protect us from warrantless surveillance, with special judges dedicated to the examination of all cases and the issuance of warrants for surveillance. Anyone who makes this claim must be apprised of the fact that nearly every single warrant requested from the FISA courts has been approved, with little resistance to the whims of the executive built into the FISA.

The Fourth Amendment to the Constitution states that “The right of the people to be secure in their persons, houses, papers, and effects, against unreasonable searches and seizures, shall not be violated, and no Warrants shall issue, but upon probable cause, supported by Oath or affirmation, and particularly describing the place to be searched, and the persons or things to be seized.” This amendment protects Americans from the chronically overreaching tendrils of law enforcement and executive authorities, establishing a precedent of privacy, only to be breached under constitutional due process. The founders would be grossly disappointed if they learned of the allowance by American citizens of their government to search them without any legitimate legal basis. This disappointment would be compounded if they saw some of us snarling that a patriot who brought these injustices to light is a “traitor.”

As Edward Snowden sits in his lodgings in Moscow, eagerly awaiting the circumstances by which he may return home to America, we must ask ourselves: have we forgotten Snowden? I certainly have not.