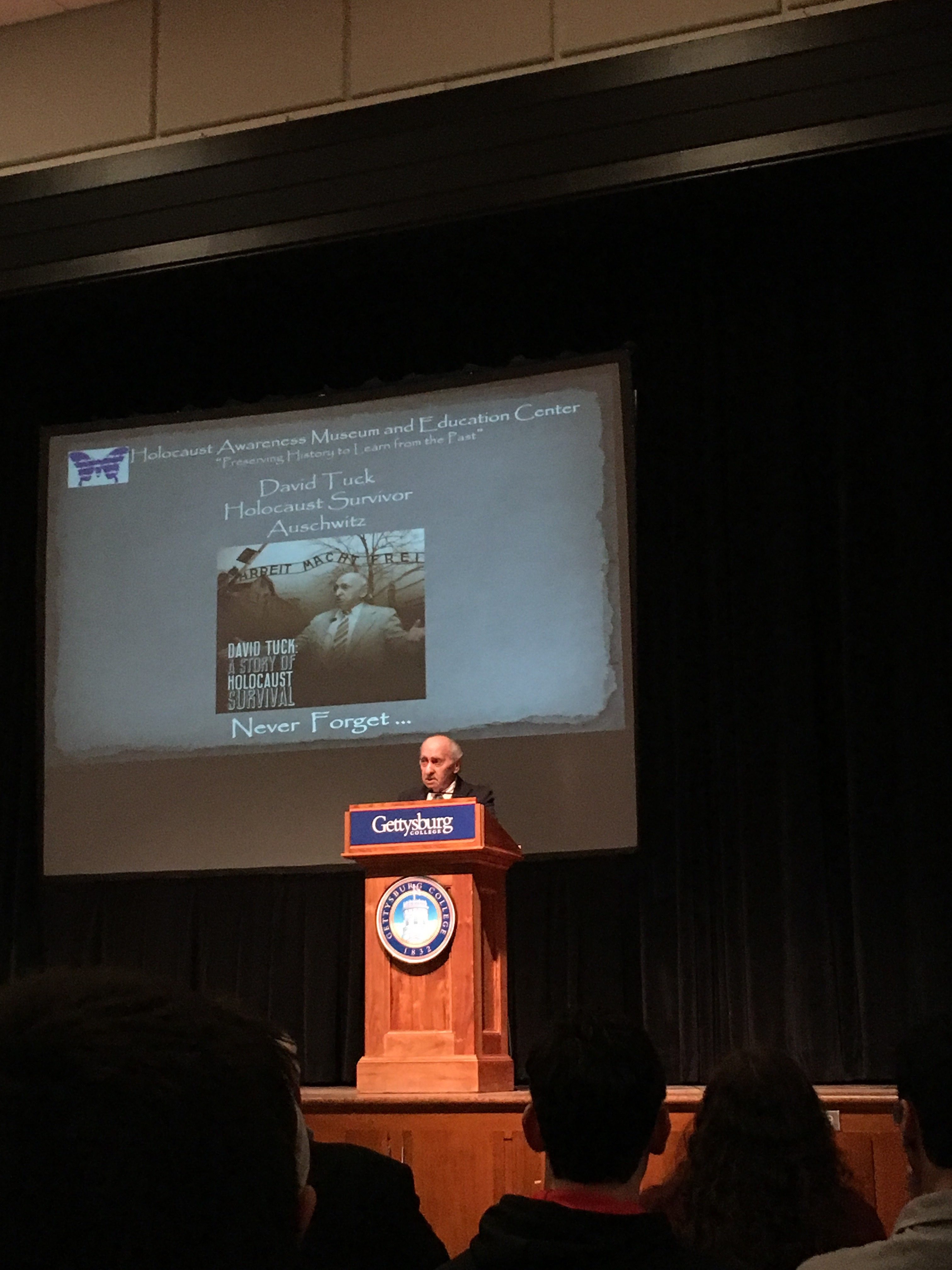 When Hannah Labovitz ’21 first began searching for a Holocaust survivor to speak on campus, the prospects seemed slim. She tried contacting the Holocaust Awareness Museum in Philadelphia over the summer, but few of the aging speakers they worked with were able to make the 2-and-a-half-hour drive to Gettysburg. A Google search led her to David Tuck, a Levittown resident with an extraordinary story of survival to tell. The pair soon made contact and he agreed to make the trip to Gettysburg College.

Tuck, who is in his 90s, is eager to share his experience with anyone who will listen in the hope that it will combat rising levels of anti-Semitism and Holocaust denial. For him, current events occurring in this country feel too familiar for comfort.

“It hurt me when I saw a couple months ago that there was a parade with people carrying swastikas. I said, ‘here we go again,’” explained Tuck, “It’s up to you—the younger generation—to make sure this never happens again.”

Tuck spoke to a somber crowd in the CUB Ballroom on Sunday, April 8 as part of an event sponsored by Gettysburg Hillel, the Judaic Studies Department, and the Holocaust Awareness Museum. Labovitz also played a pivotal role in coordinating the event, coming up with the idea of bringing a survivor to campus and organizing the logistics.

“We are one of the last generations with the opportunity to hear first-hand accounts from Holocaust survivors,” explained Labovitz before Tuck spoke. “By listening, we are showing that we are not apathetic to the struggles of others.” 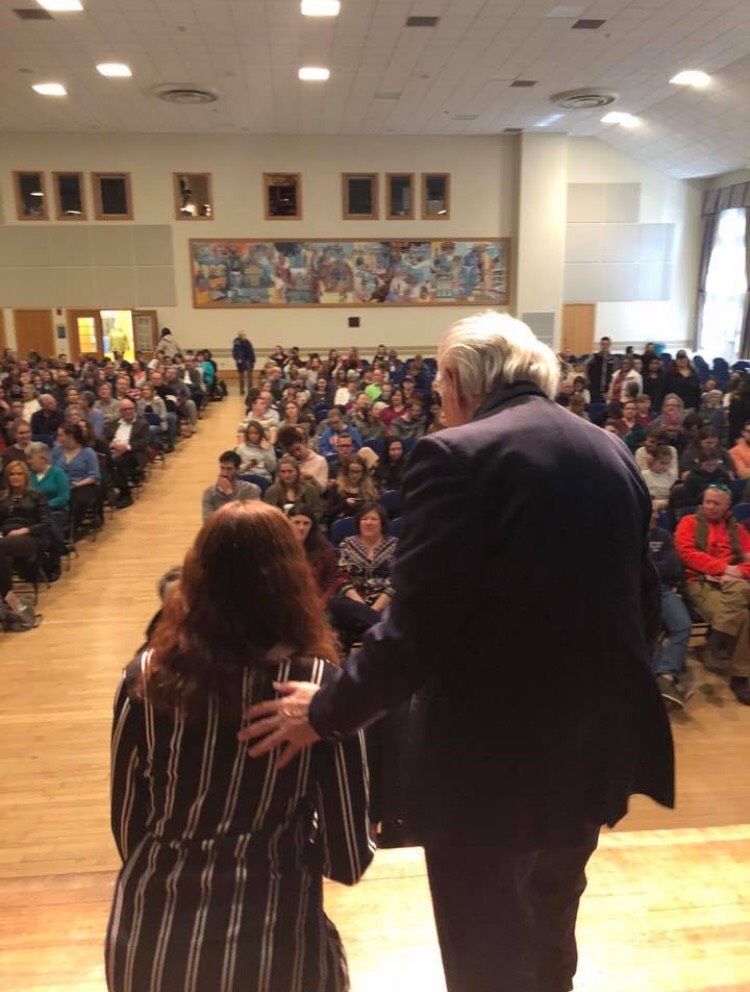 Raised by his Orthodox Jewish grandparents, Tuck was only 10 years old when Germany invaded his home country of Poland in 1939. The Nazis’ arrival sparked a series of events that led him to the Auschwitz concentration camp. Within months, they forced all of the Jews in his town to wear an armband and eventually a Star of David. Then they relocated the small number of Jewish families in his town to the Lodz ghetto. By the spring of 1941, the Nazis sent Tuck to Posen, a Polish labor camp, where he posed as a 15-year-old to ensure his survival.

He spent the next 5 and a half years moving from one camp to the next, spending time at Auschwitz and Mauthausen before being liberated by Allied forces on May 5, 1945. Throughout this time, Tuck lived on meager rations of bread, coffee, and soup, so he weighed only 78 pounds when he was rescued.

“I was a skeleton, a walking skeleton,” Tuck remembered, “I was glad I could still walk and talk.”

However, Tuck was able to survive this ordeal with the help of his resilience and ability to speak German. Able to effectively communicate with his captors, he frequently offered to perform jobs for them like polishing their shoes or delivering their meals so he could grab leftover food from their trashcans. He worked as a mechanic and had to build everything from anti-aircraft guns to part of the autobahn for the Nazis.

Tuck emigrated to the US with his wife Marie in 1950, but never forgot about his ordeal under the Nazis. Even today, in his 90s, he still has a number tattooed on his forearm from his time at Auschwitz.

Tuck’s speech was greeted with a standing ovation from the audience. Afterwards, he signed books about his experience titled David Tuck: A Story of Holocaust Survival. The Judaic Studies department provided 100 of these books free to the first 100 interested students.

The department also donated $1,800 to the Holocaust Awareness Museum that helped sponsored the speech, since the number 18 symbolizes life in the Jewish tradition.

Sarah Kirkpatrick '20 is a news writer for the Gettysburgian who covers events happening around campus. Kirkpatrick is a Lincoln Scholar with a Psychology major and History minor who hopes to pursue a career in Clinical Psychology or law in the future. Aside from writing for the newspaper, she is also a member of the Bullets Marching Band and a brother of Alpha Phi Omega.