Home » A&E » Is Public Access TV Worth Looking Forward to in the Future?

Is Public Access TV Worth Looking Forward to in the Future? 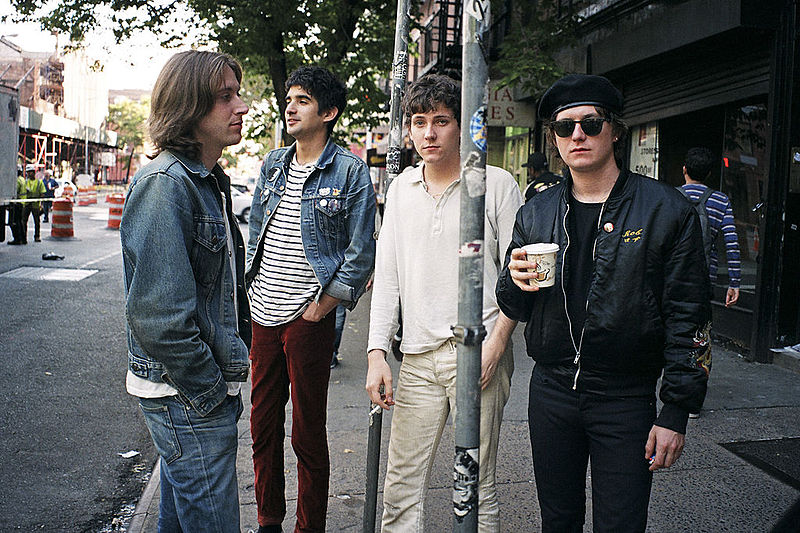 New York rock group Public Access T.V. is back with a new single from their upcoming sophomore album, Street Safari. The band, which consists of lead singer and songwriter, John Eatherly, Xan Aird on lead guitar, Max Peebles on bass, and Pete Star on drums, amassed a great deal of praise for their debut album Never Enough in 2016, but has their first album aged well enough since its release to justify excitement for this new album?

I was apprehensive about revisiting Never Enough. Although it was applauded upon release in 2016, I was afraid that perhaps it owes too much to the New York rock scene that preceded it. Much to the chagrin of John Eatherly, countless comparisons have been drawn between Public Access T.V. and the biggest New York band of the 2000s, the Strokes. Upon listening to Never Enough again, I found the band holds up on their own. Public Access T.V. deserves more credit for developing their own sound, a difficult task for a band that’s just getting started. Comparing every young New York band to the Strokes has become a cliché in recent years, and I feel that it is highly reductive. Instead of focusing on shallow surface level similarities, the band should be judged on the merit of their own songwriting and music.

There are numerous positive things to be said about Public Access T.V.’s debut album. One thing that stands out is the length of the album. It is concise and to the point, as opposed to being bloated and unfocused. Being able to trim the fat off of an album is a good trait for a young band to have and something many artists don’t know how to do. For example, one of my major complaints regarding King Krule’s recent album The OOZ is that it is too long; several songs could have been cut from that album and it would have been made more consistent. Never Enough, on the other hand, knows exactly what it wants to be. At only thirty-eight minutes long, it is just the right length for a rock and roll debut.

This brings me to their newest single, “Metrotech.” Immediately, this song stands out from everything else the band has released. The propulsive repetitive baseline recalls funky rock classics like “Let’s Dance” or “Another One Bites the Dust.” The guitar adds color, taking a back seat to the vocals and bass. The drum beat is heavily syncopated and makes you want to tap your foot. The backup vocals are high falsetto, but cleverly snuck in as not to be too obnoxious or cheesy.

On the whole, “Metrotech” makes it clear that the band is moving in a new direction. The track record alone of Public Access T.V. makes their next album, Street Safari, an album worth looking out for. Only time will tell if the group will be able to follow up their above-average debut with another great album, but if this single provides any sign of what is to come, I can safely say that any excitement is warranted.