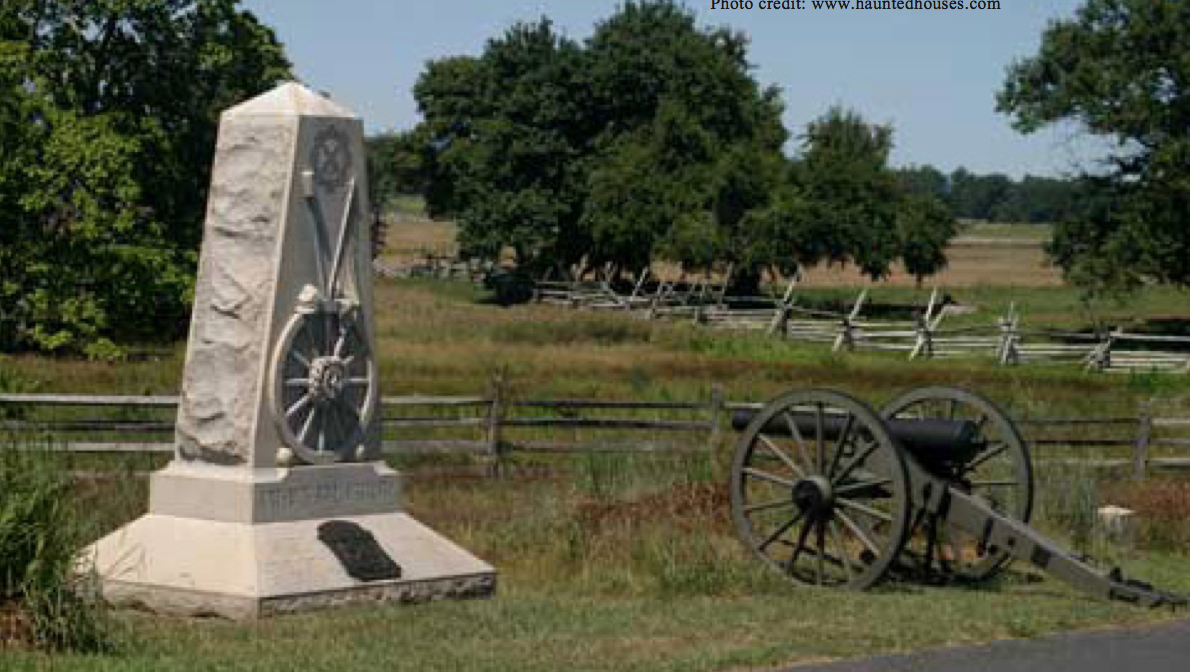 Gettysburg College, a four-year undergraduate liberal arts institution, is well known for its strong academics as well as its reputation of having one of the most haunted campuses in America.

“You know how everyone here has their own ghost story, like during everyone’s time that they are here, as in students or teachers, they have some kind of experience with a ghost or weird occurrence like that.” said Jon, a student who graduated from Gettysburg College in 2004.

Campus explorer, an online college search and planning guide, rated Gettysburg College as the third most- haunted college in America. The college was founded in 1832, prior to the Civil War, and boasts numerous ghostly legends. Y ear in and year out, students claim to experience eerie ghostly encounters all over campus. Fox News named the Gettysburg battlefield as the sixth scariest place in the United States. Tourists from all over the country visit Gettysburg not only to partake in battlefield tours, but also ghost tours of the haunted spots in town.

Jon describes an encounter that took place when he was working as a secretary in Penn Hall in 2003, recounting, “I took the elevator, and when it opened, there was a full working Civil War hospital in the basement, with, like, lights, people walking around working, soldiers. I swear to God I just looked at it like it was in a movie, and I just stared. The elevator door shut.”

Penn Hall, the oldest building on campus, was built in 1832 and served as a hospital for wounded soldiers as well as a morgue during the 1863 Battle of Gettysburg. The hospital is described as having been extremely gruesome, and soldiers were often fully conscious during their ghastly operations.

“I stood there for a minute and hit the ‘open’ button, and when the doors opened, it was a regular basement. Nobody ever heard of anything like that or saw it too. I swear, though, that this happened,” Jon says.

According to a story found in Mark V. Nesbitt’s Ghosts of Gettysburg, Jon is not the only one to have witnessed this scene. Nesbit writes, “Two campus administrators in the 1980’s took the elevator down to the basement of Pennsylvania Hall, and unexpectedly saw bloody patients and doctors in the hospital there. “

Stevens Hall, which was built in 1911, is home to another campus ghostly legend. The dormitory was originally used as a prep school for girls who would later enter the college. It is notoriously the most haunted dormitory on campus, and residents over the years have described eerie experiences.

“During field hockey preseason last year, I was the only one living in Stevens Hall,” said senior Amanda Schlager. “One night I heard footsteps down the hall, and above me. When I looked around the next day, there was no one else in the dorm.”

Stevens is famous for being haunted by a ghost named the “blue boy.” The legend goes that one freezing winter night, a few girls snuck an orphan into their room to help him stay warm. When a house-mother unexpectedly came in, they shoved the orphan onto the third story window ledge. When they went to let him back in, he was nowhere to be seen. It was never clear what happened to him, but the apparition of his blue face pressed against the window, as well as strange noises throughout the dorm, have horrified residents ever since.

Other students have described ghostly encounters in their first-year dormitories.

“I was sound asleep one night last year in Huber Hall and I woke up to my alarm clock going off, beeping 12:00 even though I didn’t set it. When I pulled the cord out of the wall, the clock didn’t turn off,” said Joe*, a Gettysburg College incoming junior that wishes to remain anonymous.

Gabby Gill, a Gettysburg senior, also had a spooky experience during her freshman year in Huber Hall.

“I woke up one night to a pressure on my chest and I heard someone dragging across the floor. I closed my eyes and when I opened them, every single item on me and my roommate’s desk had been thrown onto the floor.”

Strangely enough, both Gill and Joe* lived in the same room on the third floor of Huber Hall their freshman year.

The most terrifying ghost encounter that Joe* has experienced, however, occurred on 520 Carlisle St., an off-campus house overlooking the battlefield that was built in the 1920’s.

“In the middle of the night, I felt something brushing against my feet incessantly,” he said. “When I opened my eyes, I saw three black silhouettes shining lights on us. When I opened my eyes one of them was shining a light on me and when I sat up, all three left the room. In the morning my friends said they felt arms around them, but they didn’t open their eyes.”

Although some may dismiss Joe*’s story as a dream, recent graduate Cassin Sutor, who resided in the same house, has no doubt that Joe*’s claim is true.

“I regularly heard noises in the middle of the night between 12 a.m. and 4 a.m., usually a knocking sound.”

Sophomore football player Danny Thompson was not aware that he had come in very close contact with a ghost, until he saw it for himself on tape.

“My coaches pulled me to their office and asked me how I was feeling in practice the day before,” he said. “I told them I felt awful, my head was pounding, I couldn’t see straight and my legs hurt. What they said next is something that I will never forget, ‘that’s because you had a ghost inside you, Danny.’”

In practice film from the preceding day, Thompson is seen running with the football when, out of nowhere, a white, misty circular image appears to fly out of his head and across the screen. Was the image a glitch in the videotape, or had a ghost, in fact, inhabited Danny?

“If I hadn’t seen the film I wouldn’t have believed it. But I did feel exceptionally weird that day at practice, and if it wasn’t a ghost than I have no clue what it could have been. I mean, it wouldn’t be surprising considering this school is built where so many people died in the civil war,” says Thompson.

Between July 1 and July 3 1863, an estimated 51,000 Union and Confederate soldiers perished in the Battle of Gettysburg, and the restless souls of fallen soldiers haunt the town to this day.

Devil’s Den, a hill with boulders that was used by Civil War artillery and infantry, and the spot of some of the most gruesome fighting of the battle, is considered an extremely haunted destination that only the very brave choose to explore.

Jason Lamoreaux, a Gettysburg senior, was skeptical of the ghostly tales, and undertook an adventure to Devil’s Den.

“So me and my four friends decided to walk to devil’s den one spring night at 2 a.m. When we got there we were climbing on the boulders and taking pictures exploring. When I was taking a picture, my phone shut off out of nowhere even though it was 50 percent charged. Then my friend showed us a picture he had taken, and it resembled a ghostly image of a man on a horse.”

Needless to say, Lamoreaux is no longer skeptical of ghost stories.

In “Ghosts and Haunts of the Civil War,” Christopher Coleman describes an apparition that was seen near Devil’s Den during the battle. “An apparition appeared, an apparition which had turned the tide of battle in favor of the Federal forces. The troops, it was said, beheld a pale rider in their midst.”

Lamoreaux and his friends believe that the image in their picture is the phantom rider that Coleman described.

Some students around campus are eager to experience paranormal activity, but others are extremely frightened by the idea.

“To be honest, I almost didn’t come to Gettysburg because it’s known to be so haunted,” said Gettysburg sophomore Mary Cecio.

As it turns out, the ghosts have not been a problem for Cecio. More disturbing are the hordes of tourists roaming Gettysburg in search of haunted spots.