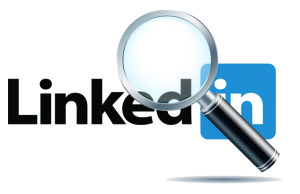 As if four years of high school was not academically challenging enough, another four years of even more rigorous studying at Gettysburg College should reassure soon-to-be graduates that they will succeed in finding employment upon entering the real world. With economic tension plaguing the job market today, this is unfortunately not necessarily the case for all individuals post-graduation. College seniors in the last few weeks of their college careers are realizing that there is no sure position waiting for them in the job market.

Having strong connections and networking skills has become equally as important as acquiring genuine academic skills and intellect. In our modern world, connecting with employers through a local career center, a friend or a parent is more likely to produce a job offer than speaking multiple languages, displaying strong communication skills or being able to work with various computer programs. Many networking websites exist that help college graduates new to the “real world” survive in the professional world today.

CNN Money recently released an article written by Jon Marcus titled “Colleges Find a New Way to Get Grads Hired” where he explains that the growing use of technology today has become extremely useful for recent graduates looking to get hired. Elaine Gartner, director of the California community college system’s Economic and Workforce Development Centers of Excellence, stated, “It’s not just good enough anymore to educate a student. You have to educate him with purpose.” Preparing students for the professional world is in no way an easy feat. Many adults in the field of higher academics have become aware that professors at universities train students for jobs that simply do not exist. Instead, professors should be training students for the jobs we have available today.

Additional tools have been created in order to help college graduates dive headfirst into their future careers. LinkedIn has become a popular website. Similar to Facebook, users can upload profiles, share information and create an online personality. Different from the social-networking basis of Facebook, LinkedIn is contrastingly built primarily for professional networking. The company’s user base has been growing steadily since its startup. The company passed a 200 million member mark during its fourth quarter. Currently, the site is adding two members per second. This site is not endorsed by Americans either; more than 64 percent of LinkedIn members live outside of the United States.

Career Athletes is another career networking website that former student athletes can easily access. Chris Smith, a former Missouri State University football player, co-founded an online platform in 2009, which has now been replaced by Career Athletes. Smith feels that while former student athletes already have a lot in common, his site can further connect individuals in a way that a mass networking site, like LinkedIn, can. Many organizations are also looking to get in touch with current as well as former athletes whose experiences participating in sports have fostered competitive individuals with strong leadership and time management qualities.

Today, 72 percent of educators believe they are doing a satisfactory job in preparing students for the workforce, while only 45 percent of graduates and 42 percent of employers agree. The use of online tools has become much more popular as a result.