Home » MST » Scientific article suggests that the Earth is, in fact, flat

Scientific article suggests that the Earth is, in fact, flat 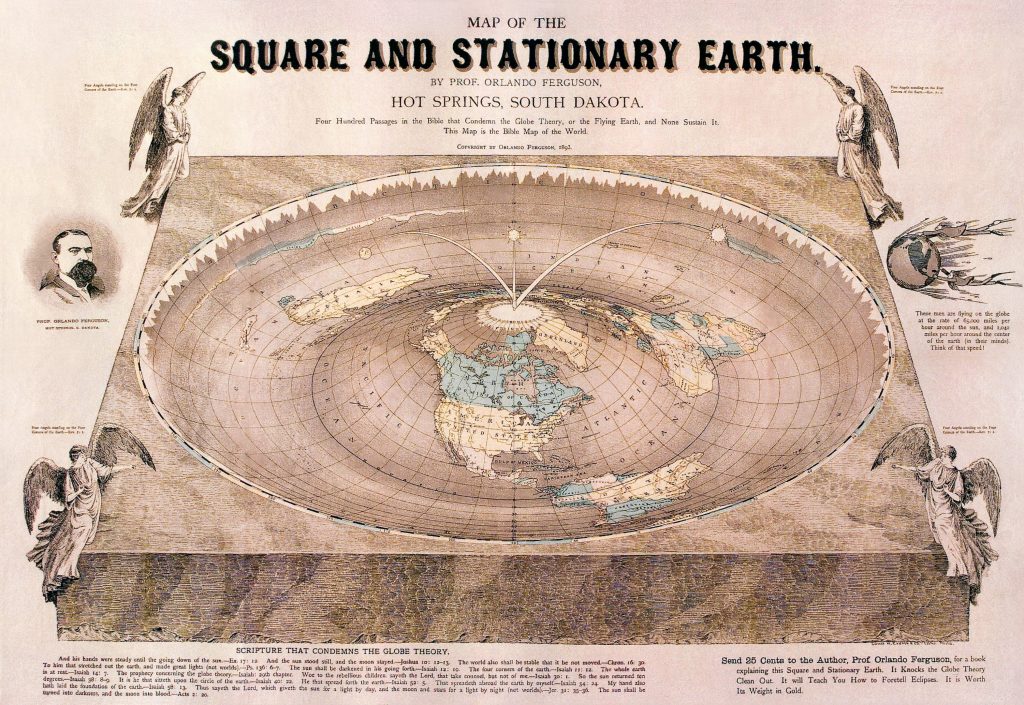 It was long thought that the Earth, much like the maps which we used to navigate it, was flat. This theory stemmed from the only evidence that early civilization had.

They noticed that things did not always roll one way or the other, and the horizon looked pretty straight to them. So they concluded that the planet had to be flat. This was followed by theories of monsters and beasts that lurked on the edges of the map in the unexplored water, which caused enough fear to discourage voyaging for some time.

However, it took Aristotle to provide proof of a spherical Earth, and the theory spread around the globe. With the advent of space travel, people could now see for themselves that the Earth and other planets are indeed spherical.

But a recently published article on someone’s WordPress blog has set the scientific community alight. The internet researchers mused that maybe the Earth is still actually flat and scientists had it wrong this whole time.

They state that photos from space, such as the ones taken by NASA, show Earth as a circle instead of a sphere. They extend this to all other planets in our solar system: every image shows a circular planet instead of a spherical one.

This would put the eastern hemisphere on one side of the flat circle, and the western hemisphere on the other side, like a piece of paper. “Hemisphere” here is, of course, an antiquated term which refers to a spherical Earth, so the researchers suggested replacing it with the “right side” and the “left side” instead.

Since not everyone can see the Earth from space, the researchers also use more accessible examples to prove their point.

Planes, for instance, fly in a straight line without increasing or decreasing altitude to go around the supposed curvature of the Earth. If a pilot flew in a straight line on a spherical Earth, the researchers suggest, the plane would eventually crash into the curve.

And that supposed rounded horizon when viewed from an airplane is just the byproduct of the rounded edge of circular Earth.

Internet researchers from all over cited this article in their blogs, and soon the scientific community was bombarded with flat Earth supporters who were furious that this information had not been presented to them sooner.

“It would be really hard to get this information into a peer reviewed journal, because there are so many spherical-Earth conspirators in the scientific community,” said one flat Earth researcher.

“We’ll need to use our own experiences and opinions as fact for a while until someone decides to actually test our theory. Once that happens, we can use small bits of that article to support our claims.”

Since that statement was made, a few of the world’s most prominent geologists and physicists have published a paper with what they call “every bit of definitive proof of a spherical Earth known to humankind.”

This publication also includes a video of Earth rotating in space to show its spherical nature. But the original researchers who revived the flat-Earth theory is unwavering. “These formulas have to be fake, because there isn’t anyone out there who would understand something like this,” they state. “That’s what’s so convincing about the Earth being flat. It makes sense.”

However, some flat-Earth scientists have begun to question the movement.

“We might go back to believing that the Earth is round, because at least then we don’t need to throw out our globe beach balls.”